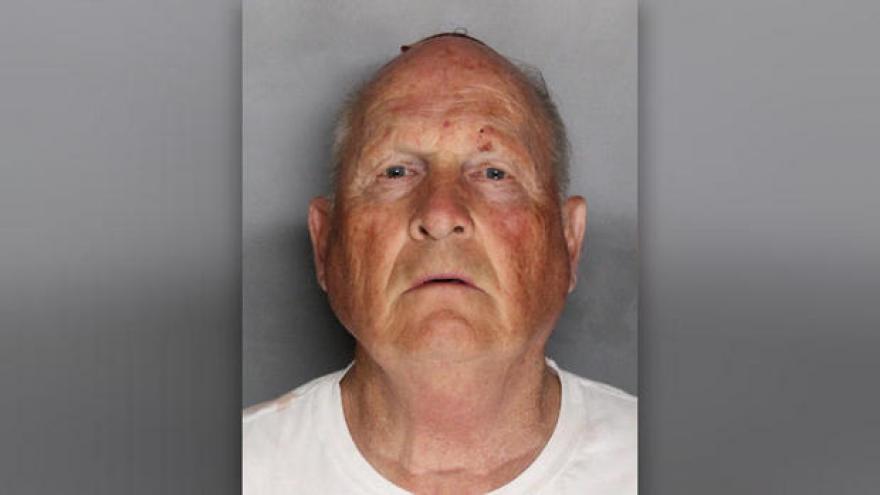 SACRAMENTO, Calif. (AP) — The Latest on a serial killing and rape case in California (all times local):

The man charged with being the Golden State Killer, who killed a dozen people and raped dozens of women in California decades ago, worked quietly for years in a supermarket warehouse.

Save Mart spokeswoman Victoria Castro says Joseph DeAngelo worked at the distribution center in Roseville near Sacramento for 27 years before retiring last year.

Castro says none of his workplace actions would have led the company to suspect him of a link to the crimes.

DeAngelo, who's 72, was taken into custody Tuesday as he left his Sacramento-area home.

Authorities say they suspect he's the man who terrorized people across the state with killings, rapes and burglaries in the 1970s and 1980s.

So far, he's been charged with eight murders.

A California sheriff says a former police officer accused of being a serial killer and rapist was taken by surprise when deputies swooped in and arrested him as he stepped out of his home.

Sacramento County Sheriff Scott Jones said deputies planned to arrest Joseph DeAngelo when he left his home on Tuesday rather than burst in or knock on the door of the suburban home.

Jones said DeAngelo appeared surprised that he was being arrested in decades-old crimes and appeared to briefly contemplate some sort of plan.

Jones said DeAngelo then told deputies he had a roast in the oven.

Jones said DeAngelo was taken into custody without incident.

A man accused of committing serial killings and rapes in the 1970s and '80s in California has been charged with four more counts of murder.

Police have said they believe DeAngelo is the so-called Golden State Killer who is suspected of committing at least 12 homicides, 45 rapes and dozens of burglaries across California.

DeAngelo was taken into custody Tuesday as he left his Sacramento-area home.

He's been charged with eight murders.

Comedian Patton Oswalt is crediting his late wife for her work in pursuit of the so-called Golden State Killer.

In an Instagram video on Wednesday, Oswalt says: "You did it, Michelle."

Michelle McNamara had made it her mission to find the person responsible for at least 12 murders and 50 rapes throughout California in the 1970s and 80s.

McNamara died in her sleep at the age of 46 in April 2016 before she could finish the book she was writing about the case.

Oswalt helped finish the book and it became a No. 1 New York Times best-seller.

On Wednesday, authorities said a DNA match led them to arrest Joseph James DeAngelo, a 72-year-old former police officer, as a suspect.

Police say the book had no information that "directly led to the apprehension."

Neighbors say a man who authorities suspect of being a serial killer in the 1970s and '80s was prone to angry, profanity-filled outbursts if he couldn't find his keys or something else set him off.

Natalia Bedes-Correnti said Wednesday that Joseph James DeAngelo never yelled at people but would be on "his driveway yelling and screaming, looking for his keys."

Kevin Tapia, now 36, said when he was a teenager, DeAngelo falsely accused him of throwing things over their shared fence, prompting a heated exchange between DeAngelo and Tapia's father.

Tapia says DeAngelo was a "weird guy" and kept to himself.

DeAngelo has been charged with two counts of first-degree murder in the 1980 killings of a couple.

An attacker known as the Golden State Killer or East Area Rapist is accused of at least 12 homicides, 45 rapes and dozens of burglaries across California.

California authorities say they studied the behavior of a man they suspect of being a serial killer in the 1970s and '80s and surprised him with arrest.

Sacramento County Scott Jones told reporters that Joseph James DeAngelo was taken into custody without incident Wednesday as he left his Sacramento-area home. He was a former police officer in the city of Auburn.

Jones said DeAngelo also was an officer in Exeter, in Southern California, from 1973 to 1976 "around the time of the Visalia Ransacker cases." That serial criminal was tied to burglaries and one killing.

That serial killer is tied to at least 12 homicides, 45 rapes and dozens of burglaries across California.