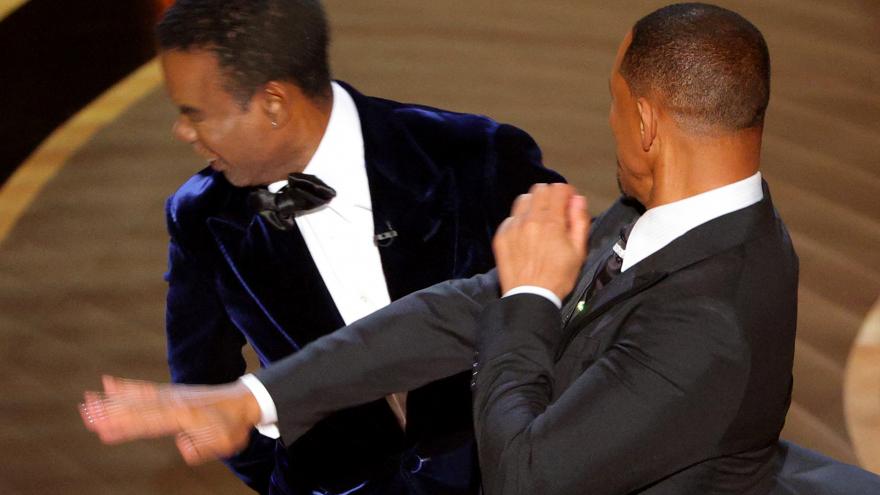 (CNN) -- The Academy of Motion Pictures Arts and Sciences told members its leaders are "upset and outraged" by Will Smith's behavior during the Oscars, in a letter obtained by CNN hours before a key meeting on Smith's future.

The letter from Academy President David Rubin and CEO Dawn Hudson says the group is working on a "determination" on "appropriate action" for Smith, which could "take a few weeks."

Smith has come under fire for storming on stage during Sunday night's Academy Awards and slapping presenter Chris Rock after he made a joke about Smith's wife, Jada Pinkett Smith.

The letter says the process will be conducted in a manner that is both expedient and respectful of all involved while maintaining the standards of the Academy.

As previously reported by CNN, the Academy's Board of Governors is holding their annual post-Oscars meeting Wednesday, with Smith's slap being their "main priority," according to a source close to the process.

That meeting is expected to take place in the afternoon.