Academy moves up meeting to decide on Will Smith sanctions 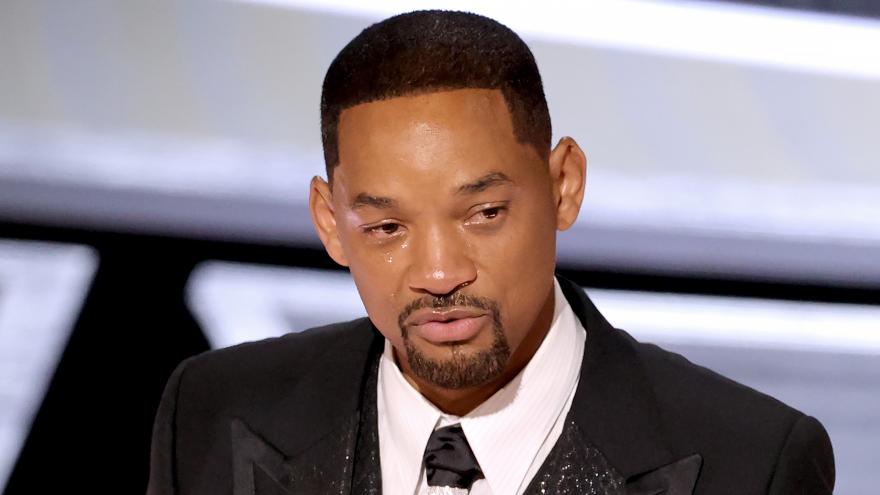 (CNN) -- The Board of Governors for the Academy of Motion Pictures Arts & Sciences has moved up its planned date to decide on possible sanctions against Will Smith for slapping Chris Rock at this year's Oscars ceremony.

"I am calling a board meeting for this Friday morning, April 8, at 9:00 am PT, rather than the previously scheduled April 18 meeting, to address possible sanctions for Will Smith in response to his actions during the Oscars broadcast on March 27," Academy president David Rubin stated in a letter obtained by CNN Wednesday.

"The April 18 date was set in accordance with California law and our Standards of Conduct because our agenda included possible suspension or expulsion of Mr. Smith from membership," the letter reads. "We were required to provide Mr. Smith notice 15 days prior to the board meeting at which such action might be taken, and also give him the opportunity to provide the board a written statement no less than five days prior to that meeting.

According to the letter, in light of Smith resigning from the Academy last Friday, "suspension or expulsion are no longer a possibility and the legally prescribed timetable no longer applies."

"It is in the best interest of all involved for this to be handled in a timely fashion," Rubin wrote.

Smith slapped Rock after the comic and actor made a joke from the Oscars stage about Jada Pinkett Smith's close-cropped hair.

"Jada I love you, 'G.I. Jane 2,' can't wait to see it," Rock said while presenting the award for best documentary.

Smith then walked on stage, struck Rock, walked back to his seat and yelled at the comic to "Keep my wife's name out of your f***ing mouth!"

Not long after, Smith won the best actor Oscar for his role in the film "King Richard."