Abraham Lincoln's lock of hair sells for more than $81,000 at auction 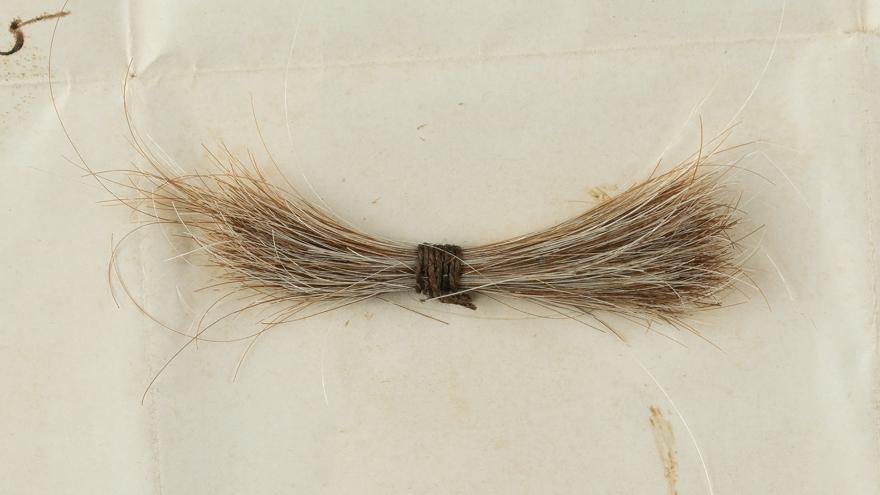 (CNN) -- A lock of President Abraham Lincoln's hair and a telegram smeared with his blood sold for more than $81,000 at auction.

The historic items sold at an auction that ended Saturday, according to Boston-based RR Auction. The buyer has chosen to remain anonymous, a spokesman for the auction house said.

A 2-inch lock of the president's hair was clipped during a postmortem examination a day after he was assassinated at Ford's Theatre in Washington, DC by John Wilkes Booth on April 14, 1865.

The hair was given to Dr. Lyman Beecher Todd, a cousin of first lady Mary Todd Lincoln, according to the auction house.

Having nothing to wrap the lock of hair with, Todd reached into his pocket and used a War Department telegram sent soon after the president was shot.

"He wrapped the lock, stained with blood or brain fluid, in this telegram and hastily wrote on it in pencil: 'Hair of A. Lincoln,'" Todd's son wrote in a caption. 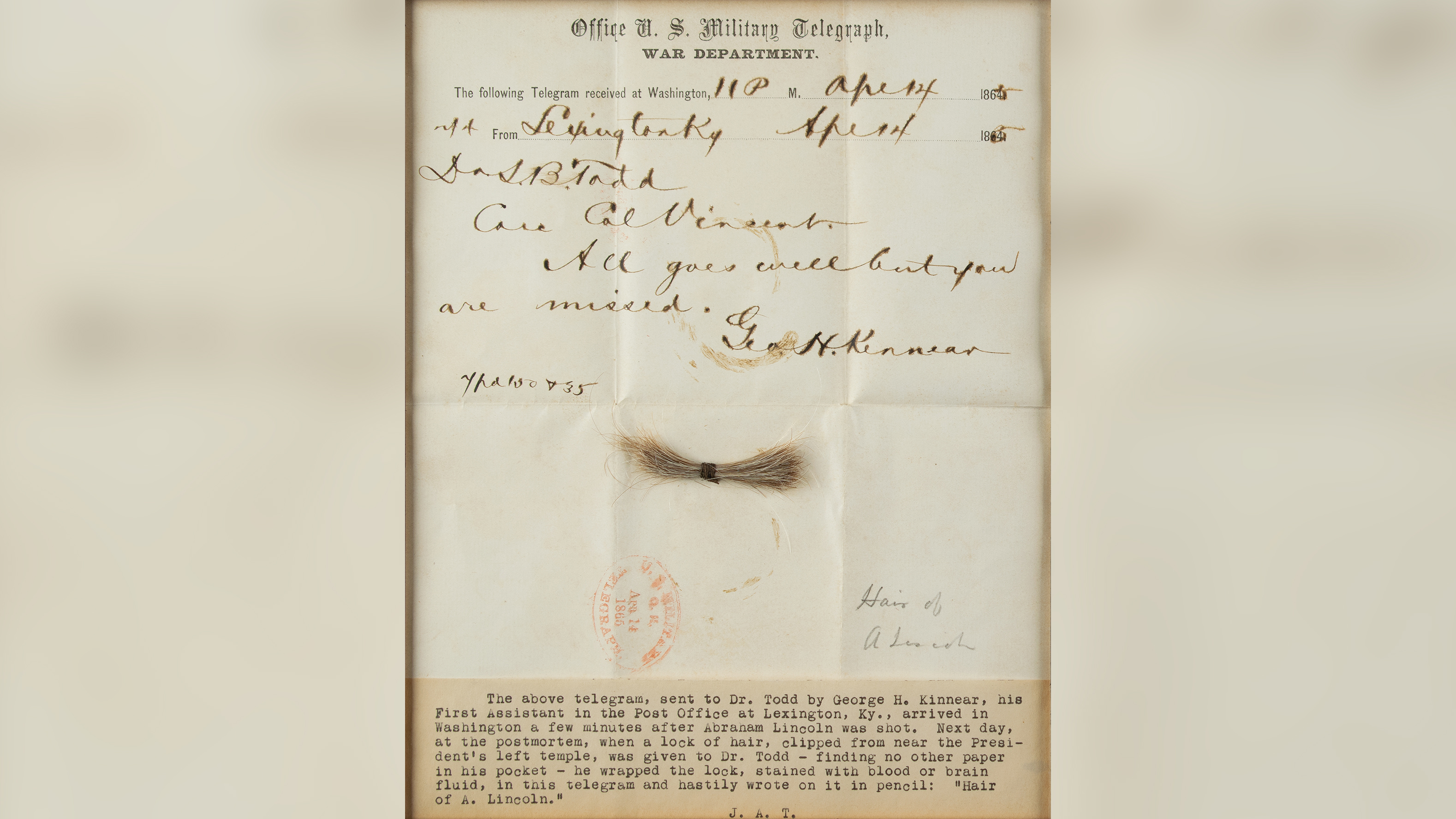 Todd's son, James A. Todd, outlined the details of the hair and the telegram in a letter dated February 12, 1945.

"The lock of Abraham Lincoln's hair ... was cut from his head and given to my father during the performance of the postmortem and has remained entirely in the custody of our family since that time," Todd's son wrote in the 1945 letter.

RR Auction verified the authenticity of the hair. The telegram was received at 11 p.m. the night Lincoln was shot.

"When you are dealing with samples of Lincoln's hair, provenance is everything— and in this case, we know that this came from a family member who was at the President's bedside," said RR Auction Executive Vice President Bobby Livingston.

Todd was more than just a cousin of the president's wife. He and President Lincoln got to know each other when the Lincolns visited Lexington, Kentucky, before the Civil War.

Todd was appointed the postmaster in Lexington in 1861 after Lincoln became president.

He made history when he stayed at Lincoln's bedside in the president's final hours at the Petersen House across the street from Ford's Theatre.

"My father went with Col. Vincent to the President's bedside and they remained there until his death next morning," Todd's son wrote in the letter.

Todd was there for the postmortem examination and accompanied the president's body to the White House, the letter said. Todd was at Lincoln's funeral and burial in Springfield, Illinois.

More Lincoln memorabilia is up for auction through October 7, RR Auction said. The items include a document signed by Lincoln appointing a second lieutenant in the Marine Corps and a one-page signed letter sent to Sen. Charles Sumner.