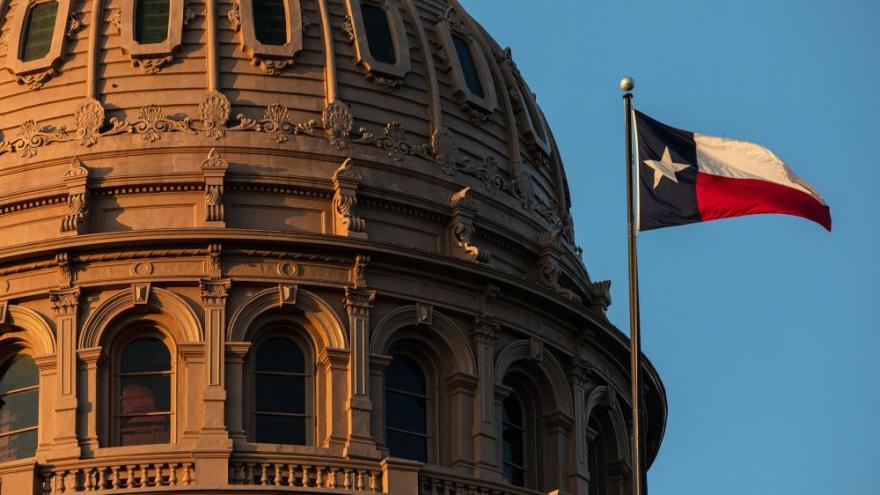 A Texas state court has issued a temporary restraining order against certain local and state officials, barring them from enforcing a nearly century-old abortion ban in the state.

(CNN) -- A Texas state court has issued a temporary restraining order against certain local and state officials, barring them from enforcing a nearly century-old abortion ban in the state.

The order will have the effect of allowing some Texas clinics -- at least for a short period -- to resume the procedure for up to around six weeks into the pregnancy. A separate Texas law prohibiting abortion, its so-called trigger ban, will go into effect within the next few weeks.

Tuesday's temporary restraining order will last until July 12, according to the Harris County Attorney's Office. The court has scheduled a hearing for that day.

Providers had filed the lawsuit Monday against the handful of local district attorneys whose jurisdictions cover the locations of some of their clinics, as well as against some state officials, including Attorney General Ken Paxton, who may play a role in enforcing the ban.

"This decision will allow abortion services to resume at many clinics across the state, connecting Texans to the essential health care they need," Marc Hearron, senior counsel at the Center for Reproductive Rights, which is involved in the case, said in a statement. "Every hour that abortion is accessible in Texas is a victory."

Previously, Paxton had issued an advisory after Friday's US Supreme Court ruling that told local prosecutors that they were able to now bring prosecutions under the pre-Roe law.