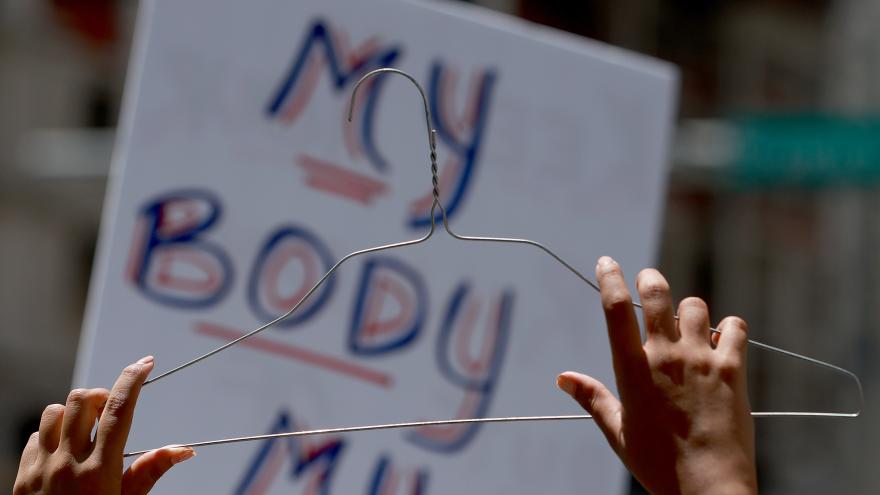 (CNN) -- Several abortion providers in Florida are suing to block a state law that bans most abortions after 15 weeks of pregnancy from going into effect next month.

Florida previously allowed abortion through the second trimester of a pregnancy, with exceptions to save the pregnant woman's life or avert "serious risk of imminent substantial and irreversible physical impairment" to the woman."

House Bill 5, however, bars abortions after 15 weeks, with an exemption for a fatal fetal abnormality if two physicians confirm the diagnosis in writing. It does not allow exemptions for rape, incest or human trafficking.

Under the law, a person who performs or "actively participates" in an abortion in violation of the law is subject to a third-degree felony, which is punishable by up to five years in prison or a $5,000 fine.

In their complaint, plaintiffs argued that the law will "deny Floridians' autonomy over their own bodies and undermine their ability to make deeply personal decisions about their lives, families, and health care free of government interference."

"The Florida Supreme Court has long held that their state constitution protects the right to end a pregnancy. That means even if Roe falls, abortion should remain protected in Florida, and this ban should be blocked," Nancy Northup, the head of the Center for Reproductive Rights, which is one of the plaintiffs in the case, said in a statement.

Plaintiffs also warn that if the law takes effect on July 1, it will have "devastating effects" on abortion access in Florida and the surrounding region and that patients may attempt to end their pregnancies on their own or be forced to carry a pregnancy against their will.

The office of Florida Attorney General Ashley Moody told CNN they're reviewing the complaint and are prepared to defend the law.

Along with the Center for Reproductive Rights, The American Civil Liberties Union national organization, ACLU of Florida, Planned Parenthood Federation of America and the law firm Jenner & Block filed the challenge in Florida circuit court on Wednesday.

This story has been updated with a response from the Florida Attorney General's Office.