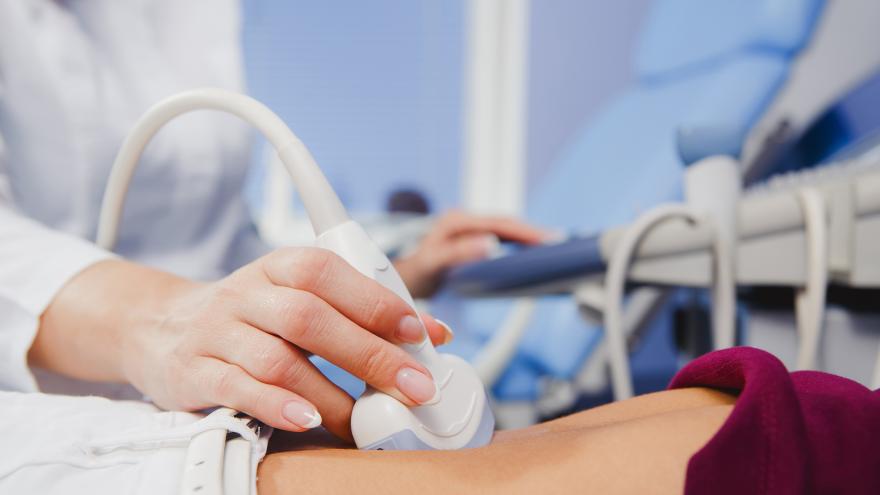 (CNN) -- All Sharon McRae and her husband wanted were to be parents, but it took terminating embryos to get there, she said.

The Columbia, Maryland, couple were thrilled when she quickly became pregnant, but about nine and a half weeks in, she miscarried. It was devastating, but the doctor said it happens. They tried again.

She would have three more consecutive miscarriages, which required a procedure called dilation and curettage, often called a D&C, to remove the tissue, before fertility specialists found the right combination of treatments for her, which included in vitro fertilization.

For her fifth pregnancy, McRae and her doctors wanted to increase the odds that she would have a child. They fertilized multiple eggs, selected the four with the best chances of making it to term, and implanted them in hopes of at least one fetus developing successfully, she said.

Four high-risk pregnancy specialists told McRae there was no way she and all four fetuses would survive the pregnancy. They had to selectively abort two of the fetuses to preserve the chances of her and the other two surviving. After all that time and heartbreak, terminating two of the fetuses was one of the hardest things she ever had to go through, but she went through with the procedure.

Twenty-three years ago, she gave birth to twin daughters. Three years later, that first in vitro process helped her get pregnant with her son. She would go through it all again to have them, she said.

"Had these laws gone into effect (back then and) if I was in a state that was not protected, I would not be a mother or I would be dead," McRae said. "I would have been prevented possibly from having the D&Cs, possibly penalized for having miscarriages."

McRae was devastated when she learned about the US Supreme Court decision overturning Roe v. Wade. She said her daughter now worries that she won't have the chance to become a mother, knowing how integral abortion was to McRae maintaining and surviving pregnancy.

The McRaes aren't the only ones concerned. Terminating embryos is still often part of treatment for miscarriages, ectopic pregnancies and IVF, all of which are fairly common, said Dr. John Zhang, founder and medical director of New Hope Fertility Center in New York City.

A 2015 study found that 1% to 2% of all pregnancies are ectopic. About 2% of babies in the US are born with the assistance of IVF, said Sean Tipton, chief advocacy, policy and development officer for the American Society for Reproductive Medicine. And 10% to 20% of known pregnancies end in miscarriage, according to the Mayo Clinic.

The decision from the Supreme Court puts the legality of abortive procedures into the hands of the states which, for both those looking to avoid having a child and those working toward it, "changes the way how people deal with fertility issues and really changes the way doctors practice medicine forever," Zhang said.

Lucretia Torva of Phoenix never realized the procedure that once saved her life could be factored into discussions about abortion until the US Supreme Court's decision overturning Roe.

She had gone to see the doctor for some pain, and she learned that not only was she pregnant, but that she was at risk of bleeding out and needed to go to the emergency room for surgery that night.

Torva's pregnancy was ectopic, meaning that the embryo implanted outside of the main cavity of her uterus. A fertilized egg can't survive an ectopic pregnancy and can result in life-threatening bleeding, according to the Mayo Clinic.

Aborting the embryo is often the best treatment for an ectopic pregnancy, Zhang said.

The end of Roe v. Wade abortion protection has many people concerned about access to treatments like those, as well as miscarriage treatment and in vitro fertilization, Tipton said.

Sometimes, when a pregnant person miscarries, as in the case of Sharon McRae, doctors remove the tissue through D&C. In those cases, as well as following an abortion, the procedure helps prevent infection or excess bleeding, according to the Mayo Clinic.

"There is a lot of concern out there that things will be overread dealing with a follow-up from a miscarriage," Tipton said.

And for people struggling to get pregnant, terminating embryos is a common part of in vitro fertilization, which is often described to patients as a numbers game, Zhang said.

The expectant parents often have limited time and finances to go through the process, and so to ensure the highest rate of success, doctors will fertilize more eggs than needed in hopes of implanting the ones with the highest chances of developing into a full-term pregnancy, Zhang said. The rest are either saved for future use or discarded.

Depending on how states define the legal status of a fertilized embryo, that process could become more complex, Zhang said.

Dr. Mary Jacobson, a Palo-Alto, California-based OB-GYN and chief medical adviser at Alpha Medical calls the relationship between a doctor and patient "sacrosanct."

Ideally, it's a collaborative and personal experience to help find the best care for the person seeking it -- but imposing limitations on the decisions the pair can make together can erode that relationship, she said.

Torva said she can't imagine what might have happened to her had her doctor needed to wait for approval or had hesitated over legal questions before treating her ectopic pregnancy.

Doctors want to provide the best care for their patients, and if a new doctor were to be trained in a state that bans abortions, they may not have the training or the comfort level to perform a procedure that may be the best treatment for a condition or even a lifesaving measure, Zhang said.

"Instead of just thinking 'what can I do to save a life?' They are thinking 'can I do it?'" he said.

As it is, going through the process of trying to build a family when miscarriages, ectopic pregnancy and fertility issues are involved is hard enough.

Psychologically speaking, the impact of dealing with infertility follows closely behind the experience of cancer, Tipton and Zhang said.

Families often withdraw from social circles and put career development on hold, and the experience can have a long-term impact on the relationship between a couple, Zhang said.

"The ambiguity of what may or may not be legal and perhaps the reality that the treatment they need will not be available -- it just makes an already bad situation worse," Tipton said.

In cases where the pregnant person learns that the pregnancy is not viable, abortive procedures can help relieve some of the pain that comes from carrying a fetus that will never become the child they were planning on, Jacobson said.

McRae knows that defeat, emptiness and sorrow, she said. One of her D&Cs couldn't happen right away, and she had to wait overnight for the tissue to be removed.

"I just wanted it over. I knew it was over, but I needed my body to feel like it was over," she said. "It was just devastating."

There is some hopeful news for families looking to conceive: The details of how abortion laws impact miscarriages are not settled yet, and in almost every state IVF procedures aren't inhibited yet, Tipton said.

"It is a real danger, but it's not something that people need to panic about today," he added.