Aaron Rodgers' State Farm commercials are disappearing from your TV 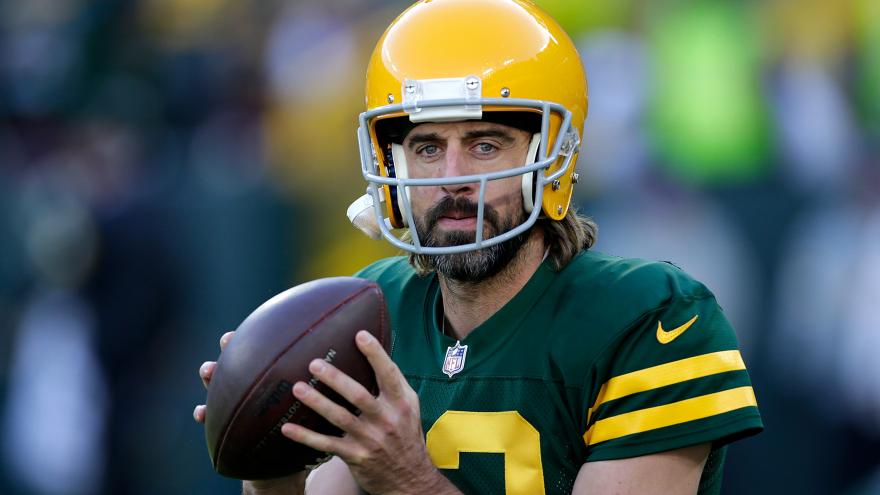 (CNN) -- Aaron Rodgers has been prominently featured in State Farm's television ads for about a decade. This past weekend, he was almost nowhere to be found.

The number of State Farm spots featuring the Green Bay Packers quarterback drastically decreased this weekend, following the revelation Rodgers is not vaccinated against Covid-19 and has apparently been bypassing NFL protocols for unvaccinated players. Rodgers recently contracted Covid and missed his team's game Sunday.

Rodgers was featured in just 1.5% of the nearly 400 State Farm ads on TV on Sunday, according to data from Apex Marketing, which tracks national ad buying. That's a massive decrease compared to the two previous Sundays, during which the insurance company featured Rodgers in about a quarter of its ads.

"Our monitoring indicates that this wasn't a planned reduction and more reactionary because there wasn't any new significant ads put in its place," said Apex president Eric Smallwood in a statement. Action Network first reported the news.

State Farm didn't immediately return CNN Business' request for comment about the change. However, a spokesperson told Ad Age that it would be "inappropriate for us to comment on Aaron's vaccination status," and said it was focusing on new ads featuring former NFL player Terry Bradshaw.

Over the weekend, Prevea Health ended its partnership with Rodgers. He was previously a spokesperson for the Wisconsin-based health company.

Rodgers last Friday expressed his disappointment on his treatment from the media.

"I realize I'm in the crosshairs of the woke mob right now," Rodgers said on "The Pat McAfee Show." "So, before my final nail gets put in my cancel culture casket, I think I would like to set the record straight on so many of the blatant lies that are out there about myself."

Rodgers said the media was on a "witch hunt" to find out which players were vaccinated and blamed reporters for him saying he was "immunized" back in August.