A zookeeper suffered 'lacerations and punctures' in a tiger attack at the zoo in Topeka, Kansas 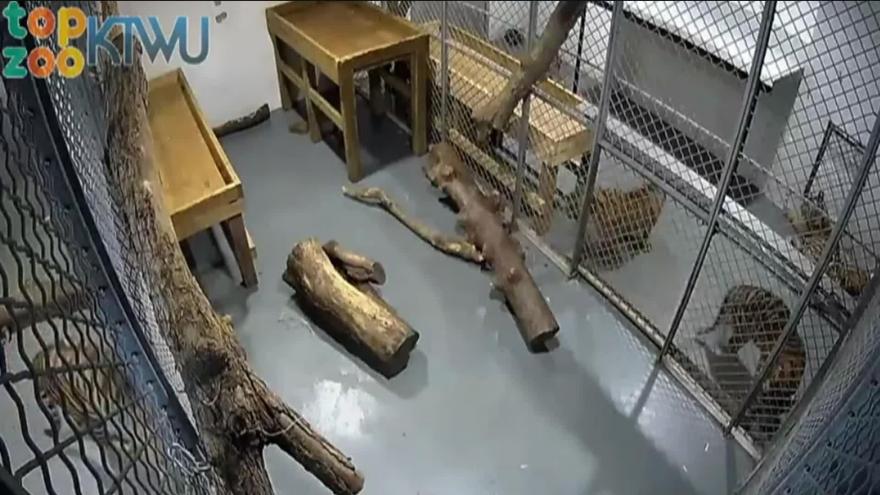 (CNN) -- A zookeeper is recovering in the hospital after she was attacked Saturday morning by a tiger at the Topeka, Kansas, zoo.

The woman and a 7-year-old male Sumatran tiger named Sanjiv were both in the tiger habitat shortly after the zoo opened when the tiger "essentially tackled our keeper," Zoo Director Brendan Wiley said at an afternoon press conference.

The zookeeper suffered "lacerations and punctures to the back of the head, neck, back and one arm," Wiley told reporters.

The zookeeper was transported to a local hospital where she received treatment. A spokeswoman for the City of Topeka previously told CNN that woman was "awake and alert" at the time she was taken to the hospital. She's currently in stable condition, Wiley said.

The zookeeper is the facility's primary tiger keeper, Wiley said, and has been working in that space for years.

"There really isn't a circumstance where they should have been in the same space, so there was some sort of error that occurred here," he said.

He later clarified that it's part of the daily process for the zookeeper to be in the tiger habitat to clean and maintain it, but the tiger should not have been in the space at that time.

"While this incident is very unfortunate," Wiley said, "he did what a wild animal, what a wild tiger does."

The director credited his staff with a speedy and effective response that got the incident under control within 10 minutes.

A notification was put out to all zoo staff after the attack. Elephant staff members were a short distance away and were able to lure the tiger back into its enclosure, where he was secured.

"The tiger was never out of its space," Wiley said.

Several guests did witness the attack, Wiley said. The zoo was briefly closed, but has subsequently reopened.

Wiley added, "We have absolutely no concerns about the safety of our guests here."