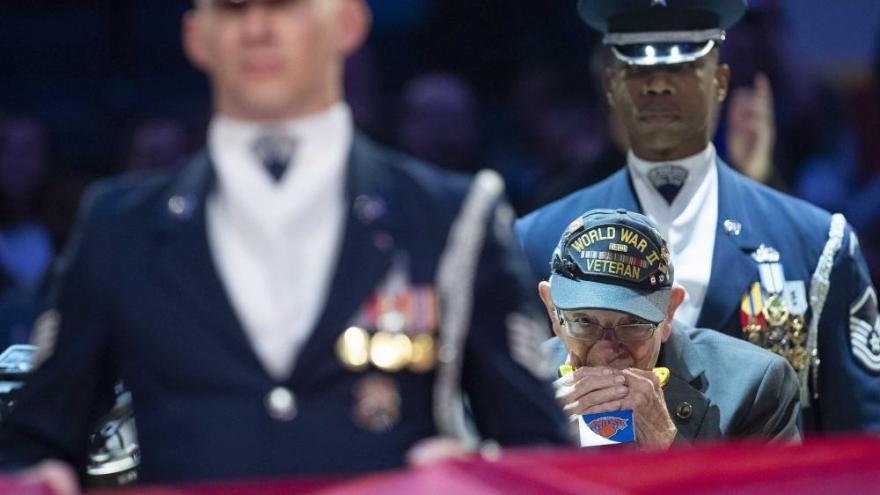 (CNN) -- The Cleveland Cavaliers dispatched the New York Knicks 108-87 last night. But the best performance of the night may have come before the game even started

Pete DuPré, a 96-year-old World War II veteran, regaled the crowd with a rendition of "The Star-Spangled Banner" with his harmonica.

ESPN tweeted out a clip of him playing the national anthem, and the video has over 700,000 views.

DuPré is no stranger to the sports world. The World War II veteran has played the national anthem at a number of sports stadiums around the US -- including at a U.S. women's national soccer team exhibition game against Mexico in May.

He also played the national anthem prior to an Oakland Raiders-Minnesota Vikings game in September.