A woman was trying to shoot someone in a road rage incident, police say, but shot her husband instead 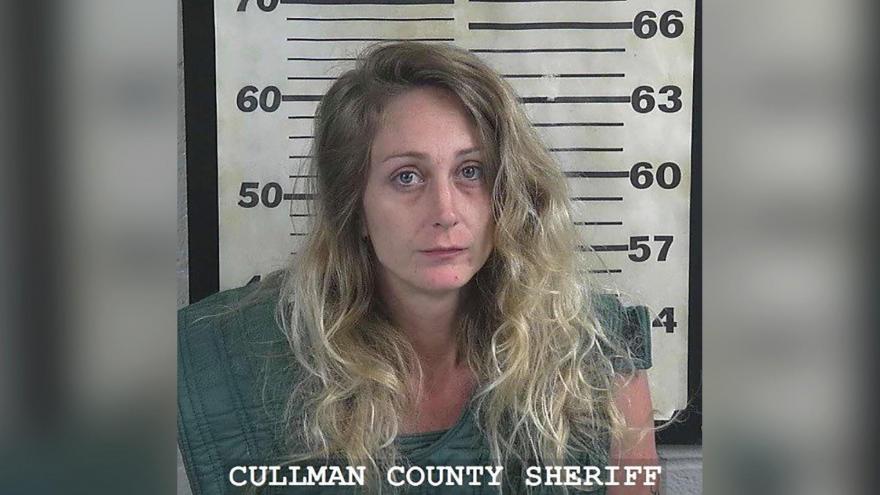 (CNN) -- Nicholas Cole is in intensive care after being shot in the head during a road rage incident Saturday.

Unfortunately, police say it was his wife, Erica, who accidentally shot him.

According to the Cullman County Sheriff's Office, there was a road rage episode on Highway 69 in Dodge City, Alabama, about 6:45 p.m. Saturday. It carried over to a home on County Road 160 in Bremen.

"During the incident, an altercation occurred in which, the offender, Erica Cole, attempted to shoot a second party but shot her husband, Nicholas Cole, striking him in the head," Cullman County Deputy Brad Williams said in a statement.

Nicholas Cole was taken to the ICU at UAB Hospital, where he remained Monday.

Erica Cole was arrested on charges of attempted murder, second-degree assault and reckless endangerment. Her bail has been set at $30,000, and she is being held at the Cullman County Detention Center.