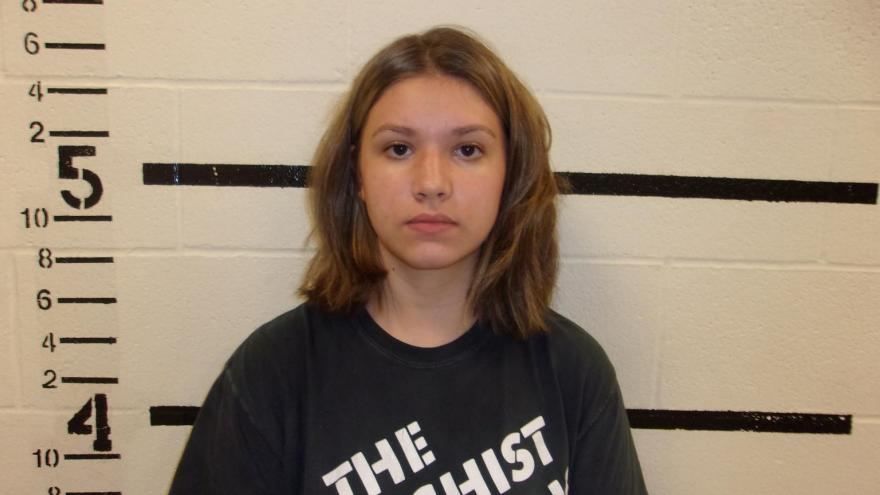 Alexis Wilson, 18 has been arrested for making terroristic threats against her former high school, according to a Pittsburg County Sheriff's Office arrest report.

(CNN) -- An 18-year-old Oklahoma woman was arrested for making terroristic threats against her former high school, according to a Pittsburg County Sheriff's Office arrest report.

The report says Alexis Wilson purchased a new AK-47 and took photos and videos of herself with the weapon.

Wilson allegedly showed a co-worker the videos and told her "that she was going to shoot 400 people for fun and that there were so many people at her old school that she would like to do it to," according to an arrest report. Police said Wilson was making threats against McAlester High School in Pittsburg County, Oklahoma, about 90 miles south of Tulsa.

Wilson's bond was set Monday at $250,000, and she's next due in court on September 27, court records show. Attorney Eric Grantham, who appeared in court on Wilson's behalf, did not immediately respond to CNN's request for comment.

After receiving reports of the threats, police went to Wilson's home and recovered the AK-47, rounds of ammunition and a 12-gauge shotgun from her bedroom, according to the report.

When interviewed, Wilson told investigating officers that "she didn't mean the statement to sound the way it did and that she was just trying to teach her coworker to not be afraid of firearms," the report said.

The report says Wilson's mother told investigators that her daughter had saved up to buy the weapon but that it wasn't odd, "due to the fact that Alexis has always shot firearms and had hunted."

The sheriff's office said it contacted the school resource officer at McAlester Public Schools regarding the threat and was told that they had previous incidents with Wilson dating as far back as 2013. Wilson had been suspended from school for bringing a knife and later for having swastika symbols on some of her personal belongings while at school, the report said.

"I am saddened that we live in a world where every threat could be credible," Randy Hughes, superintendent of McAlester Public Schools, said in a statement following the arrest. "I am grateful for the quick response from the Pittsburg County Sheriff's Department and the McAlester Police Department in the way they handled this situation. Together they helped to (avert) a very potentially dangerous situation."