A woman who was in a vegetative state for years gave birth. Police want DNA from men who work at the facility 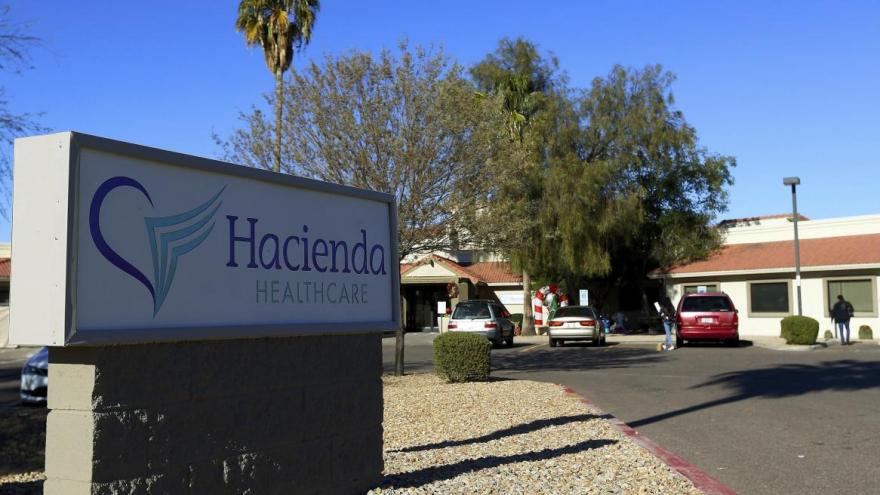 A woman who has been in a coma for more than a decade gave birth recently while in an Arizona care facility and now authorities are seeking DNA from the male workers there.

(CNN) -- Police investigators have begun to gather DNA from men who work at an Arizona care facility where a woman in a vegetative state gave birth last month.

Phoenix police Sgt. Tommy Thompson said Wednesday the woman and child, who was in medical distress after being delivered December 29, remain in the hospital.

CNN is not reporting the woman's name because she is the victim of sexual abuse.

Detectives have asked men at the Hacienda HealthCare facility in Phoenix to give buccal swabs, Thompson said. Investigators got court orders for those who didn't voluntarily give samples. There is no suspect, Thompson said.

"The family obviously is outraged, traumatized and in shock by the abuse and neglect of their daughter at Hacienda HealthCare," the family's attorney, John Micheaels said. "The family would like me to convey that the baby boy has been born into a loving family and will be well cared for."

Thompson said the sexual assault investigation will take some time.

"We're not going to point out who we've obtained DNA from or who we intend to get DNA from," he said. "But suffice it to say, it is a large number of individuals. We have a very wide scope at this point."

Thompson would not say whether people who visited the facility have also given DNA samples.

Woman is a member of Apache tribe

The woman is a member of the San Carlos Apache Tribe and has long been in a vegetative state, the tribe's chairman said Tuesday.

"When you have a loved one committed to palliative care, when they are most vulnerable and dependent upon others, you trust their caretakers," he said Tuesday. "Sadly, one of her caretakers was not to be trusted and took advantage of her."

The woman has been a patient at the facility since 1992, according to court records.

CNN affiliate KPHO/KTVK had earlier reported she had been at the facility for at least a decade following a near-drowning incident, the Phoenix-based station quoted a source as saying.

Facility: It is an 'absolutely horrifying situation'

Hacienda officials have called the situation "a deeply disturbing incident" and said they are cooperating with law enforcement and state agencies.

Hacienda "will accept nothing less than a full accounting of this absolutely horrifying situation, an unprecedented case that has devastated everyone involved, from the victim and her family to Hacienda staff at every level of our organization," said Gary Orman, executive vice president of Hacienda HealthCare's board of directors.

Last week the state's department of economic security sent investigators to the facility for health and safety checks. Spokesman Brett Bezio said the work was finished but didn't give any details about the results of the visits with patients.

Thompson told reporters that changes apparently have been made.

"At this point it is our understanding that steps have been taken to protect anybody that's there, and that was one of our concerns from the beginning," he said.

This story has been updated to clarify the woman's medical condition. She is in a vegetative state, not a coma. It has also been updated to give the correct number of years she has been a patient at the facility.