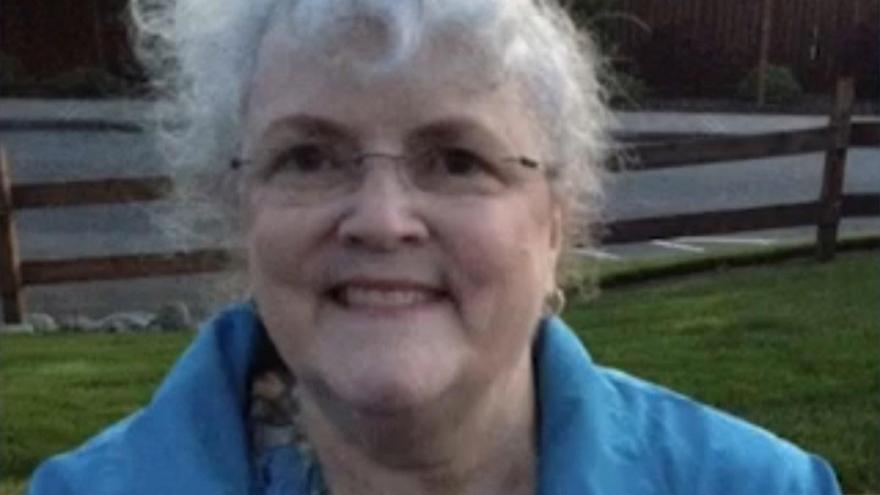 Like a lot of families across the country right now, Bennett was told she couldn't be in the same vicinity as her 75-year-old mother, Carolann Christine Gann, who had contracted coronavirus and was nearing the end of her lif

(CNN) -- Michelle Bennett didn't think she'd be able to say goodbye to her mother before she died.

Like a lot of families across the country right now, Bennett was told she couldn't be in the same vicinity as her 75-year-old mother, Carolann Christine Gann, who had contracted coronavirus and was nearing the end of her life.

"Not being able to be there and hold my mom's hand, rub her head, tell her the things I wanted to say her. It was such a helpless feeling, I can just remember the days leading up feeling so frustrated and helpless and not being able to talk to her because she was not conscious during that time," Bennett told CNN Monday.

But a nurse at Swedish Issaquah hospital in Washington took it upon herself to make sure Bennett got to say her goodbyes. Bennett told CNN the nurse called her from her personal cell phone and said her mother's breathing was changing and she probably wouldn't live much longer.

"I'm going to put the phone up to her face so you can tell her you love her and say your goodbyes," Bennett says the nurse told her. "She will not be alone, we will stay with her till the end."

Ten minutes later, Bennett says she was speaking to her ailing mother over FaceTime.

"I love you very much," Bennett told her mother, adding the two had discussed recently the trials every mother-daughter relationship goes through and that she never got to tell her mother she forgave her.

"I forgive you mom, I love you. I know I didn't get a chance to say it," Bennett said.

She admitted it was tough expressing her feelings when she wasn't actually there, but she hopes her mother heard her last words.

Within an hour, Bennett said she was gone.

Bennett said she saw the nurse was crying as she took the phone away.

"I know how difficult this is for them," she said. "I can't imagine being on the front lines of that and having to go home every day and risk infection themselves, but then have the compassion and the empathy to be right there in that moment as if it was their own mother. That was one of the most amazing things I've experienced."

Carolann Gann was a nurse for 38 years. To honor her mother and the nurses who helped Bennett have that last special moment, Bennett started a GoFundMe campaign to raise funds for the nursing staff in King County, where she resides.

"These nurses made a promise to us that while we were not able to be there in her final moments; she would not be alone," the GoFundMe page says. "They honored that commitment by holding her hand and caressing her hair as she passed. We are forever grateful for their selfless acts of compassion."