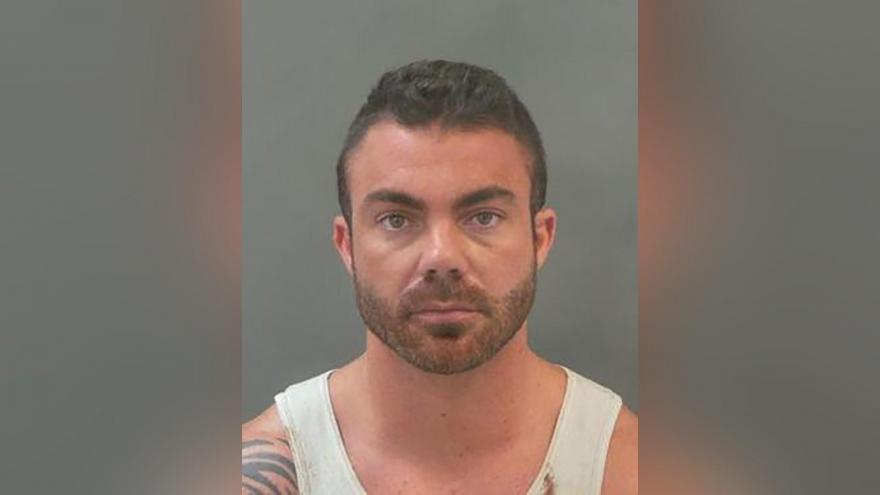 Bradley Jenkins has been charged with domestic assault after his wife fell from a parking garage in downtown St. Louis over the weekend.

(CNN) -- A woman fell to her death at a parking garage hours after attending a St. Louis Cardinals baseball game. When police found a video she had been recording, they arrested her husband.

Bradley S. Jenkins, 30, is facing a domestic assault charge in the death of his wife, 27-year-old Allisa L. Martin, a probable cause affidavit shows.

Martin was found dead early Sunday morning on a ramp of a St. Louis parking garage near Busch Stadium, where the newlyweds and some co-workers attended a Chicago Cubs-Cardinals game a few hours before.

Investigators found Martin's cell phone on the seventh floor of the parking garage, just above the area where her body was found, the affidavit said.

The cell phone had been recording a video for some time. Martin briefly recorded herself and turned the camera toward Jenkins as they were arguing, the affidavit said.

"During the recording you can hear her yell for him to quit punching her face," the document states.

Martin then dropped the phone.

"Shortly after that, you hear her scream as she falls and you hear the thump of her body hitting the ground," it said.

Authorities said Jenkins denied being on the rooftop of the garage and claimed the argument between him and Martin was never physical.

Jenkins was arraigned for the assault charge Tuesday. He is being held on a $100,000 bond, according to court records.

CNN has reached out to Jenkins' attorney for comment.

A spokesperson for St. Louis Circuit Attorney's office said the cell phone video will not be released due to the ongoing investigation.