A 'vampire fish' is spawning in Vermont's waters. Experts say most of them are nothing to worry about 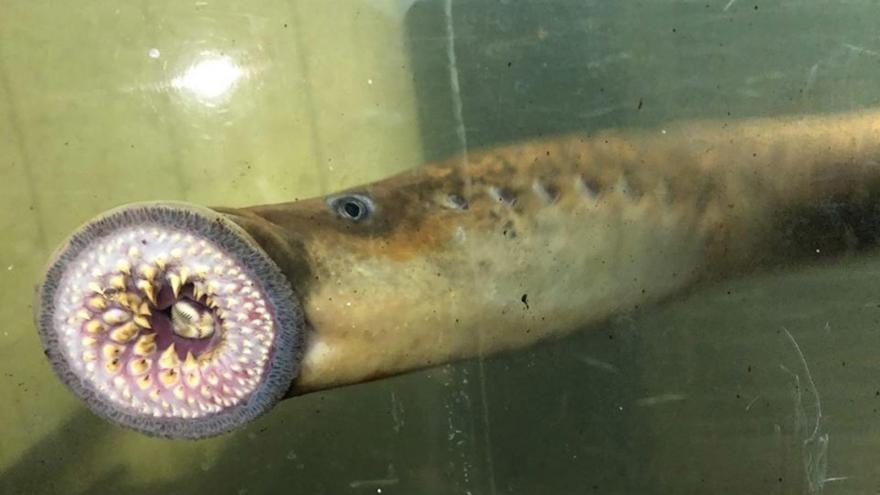 The sea lamprey, an eel-like creature colloquially referred to as the "vampire fish" by some publications, provides benefits that outweigh its bite, says Vermont Fish & Wildlife.

(CNN) -- The sea lamprey, an eel-like creature colloquially referred to as the "vampire fish" by some publications, provides benefits that outweigh its bite, says Vermont Fish & Wildlife.

Despite its frightening nickname and appearance -- a sucker-like jawless mouth with curved, sharp teeth -- the sea lamprey is a crucial part of the state's freshwater ecosystem, including the Connecticut River basin, the agency said in a recent Facebook post.

"Sea lamprey are native to the Connecticut River basin and play a vital role in the ecosystem," said Lael Will, fisheries biologist with Vermont Fish & Wildlife, in the Facebook post. "While existing for over 350 million years in the Atlantic Ocean, anadromous sea lamprey have co-evolved with their oceanic hosts and their populations are considered to be in balance."

However, a non-native species of sea lamprey is considered an invasive species in Lake Champlain on the state's western border, the post said.

According to the agency, sea lamprey first burrow under riverbed sediment and filter feed on detritus - which more or less means decomposed matter -- before making their way to the ocean and living parasitically on other organisms as juveniles.

Toward the end of their lives, the blood suckers return to freshwater to spawn and then die soon after, the post said. People coming across native sea lamprey in freshwater do not have to worry about being attacked, as they are not parasitic when spawning, the post said.

Carcasses found in the Connecticut River are also not cause for concern, Vermont Fish & Wildlife said, as their decomposition recycles nutrients into the ecosystem.

Although they then survive on the blood of their hosts, sea lampreys are not known for attacking humans and should be left alone, Vermont Fish & Wildlife said.

"If you happen to see a spawning sea lamprey or a lamprey carcass, don't be alarmed," Will said in the Facebook post. "The fish provide a number of important ecological benefits and are considered a Species of Greatest Conservation Need in both Vermont and New Hampshire."