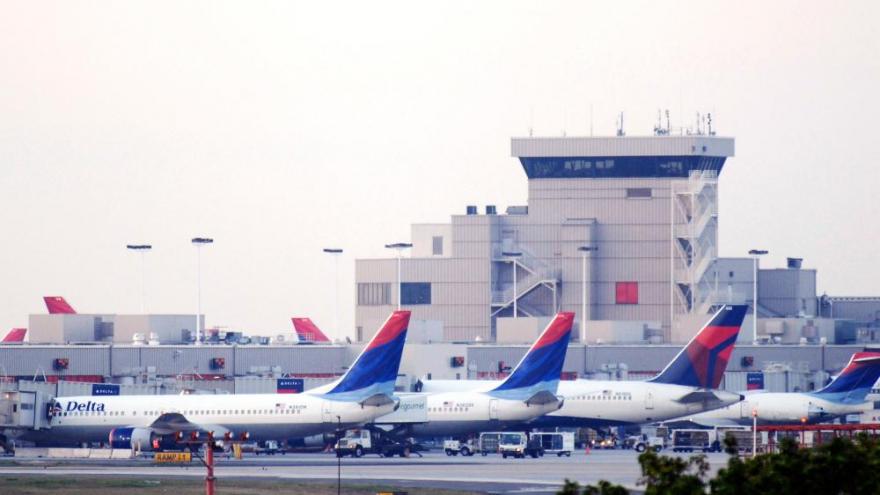 Prosecutors say a US Customs and Border Protection officer accused of smuggling nearly 40 pounds of cocaine was caught when a police dog raised an alert over his carry-on luggage at Atlanta's airport.

(CNN) -- Prosecutors say a US Customs and Border Protection officer accused of smuggling nearly 40 pounds of cocaine was caught when a police dog raised an alert over his carry-on luggage at Atlanta's airport.

Ivan Van Beverhoudt, 40, pleaded not guilty Monday in Atlanta to charges alleging he possessed and intended to distribute a controlled substance and possession of a firearm in furtherance of drug trafficking.

An attorney for Van Beverhoudt did not immediately respond to a request for comment.

Van Beverhoudt was stationed in the US Virgin Islands and one of his duties was to inspect flights in order to prevent the importation of controlled substances, according to a news release from the US Attorney's Office in Atlanta.

According to an affidavit by a federal officer, Van Beverhoudt was traveling from the US Virgin Islands on January 10 with a stop in Atlanta on his way to Baltimore in an unofficial capacity.

As a CBP officer with a government-issued firearm, Van Beverhoudt was not subject to normal airline screening procedures, according to the affidavit. As he was passing through Hartsfield-Jackson Atlanta International Airport, CBP officers with a K-9 handler and dog were inspecting exiting passengers on the flight he was on, prosecutors said.

As Van Beverhoudt walked by, the dog alerted officers to two carry-on bags. He was asked by officers to wait in the jetway until the entire flight was cleared, the affidavit says.

An officer "observed Van Beverhoudt pacing back and forth in the jet way in a nervous manner." When the officer attempted to question him, he was unresponsive, the affidavit says.

Van Beverhoudt was escorted to an interview room where he told officers he was going to see a doctor for chest pains but could not identify the doctor or explain how he would see him on a weekend without an appointment, according to the news release.

The K-9 handler and dog again alerted officers to Van Beverhoudt's bag, and inside they found 16 bricks weighing 17.9 kilograms (39.4 pounds) in total that field-tested positive for cocaine, according to the affidavit.

"This officer allegedly abused his office to engage in criminal conduct," US Attorney Byung J. Pak said in the news release. "Federal law enforcement officers take an oath to uphold the law. When an officer violates that oath, he or she will be investigated and prosecuted to the fullest extent of the law."

Van Beverhoudt was indicted by a federal grand jury February 4.