A UPS employee was arrested after allegedly threatening a mass shooting with over 20,000 rounds of ammunition found 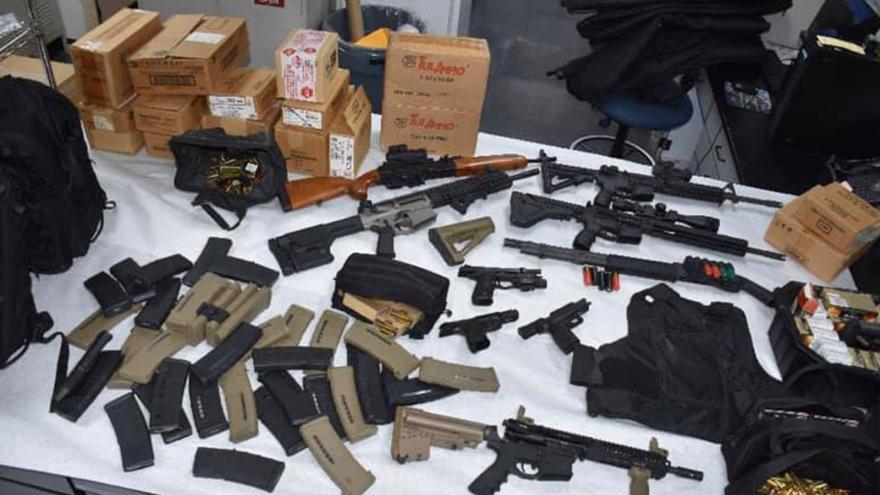 Police found over 20,000 rounds of handgun and rifle ammunition, the Sunnyvale Department of Public Safety said in the release.

(CNN) -- A United Parcel Service (UPS) employee was arrested after sending threatening text messages to his employer about planning a mass shooting at a UPS facility in Northern California, authorities said.

Thomas Andrews, 32, was arrested and booked into the Santa Clara County jail for criminal threats, evading police, driving under the influence and several counts of weapons violations after police found over 20,000 rounds of handgun and rifle ammunition, the Sunnyvale Department of Public Safety (DPS) said in the release Monday.

CNN has reached out to the Sunnyvale Department of Public Safety. It is unclear if Andrews has an attorney.

DPS patrol officers immediately began an investigation Sunday after receiving a report that Andrews sent text messages to his employer indicating that he was planning a mass shooting, the release said. Officers discovered four handguns and a rifle were registered in his name and began a search for the suspect.

He was spotted around 11:15 p.m. Officers tried to stop Andrews, but he led them in a pursuit down Highway 101. California Highway Patrol joined the pursuit and the suspect was taken into custody, the release said.

Several backpacks with ammunition were at the front door of the apartment, the release said.

"We're aware of the situation and we are cooperating fully with authorities as they conduct their investigation," UPS said.