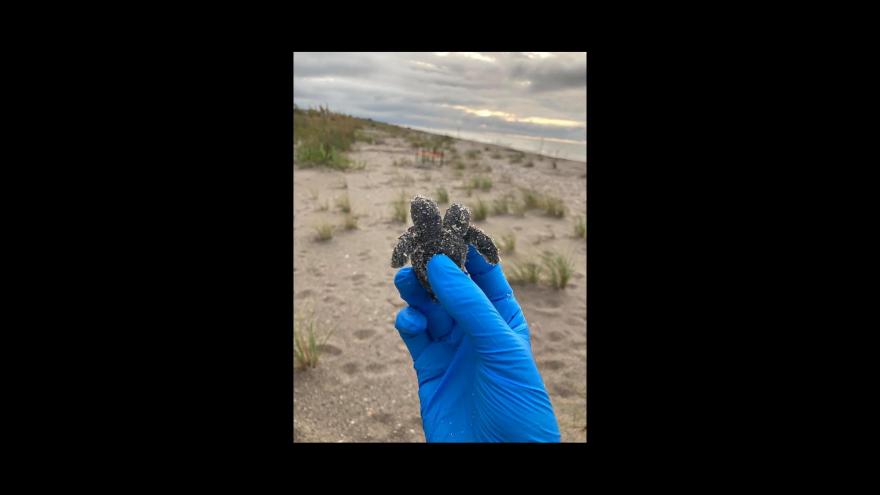 A group of patrollers and volunteers at Edisto Beach State Park were making a routine inventory to check on sea turtle nests when they stumbled across the special hatchling, South Carolina State Parks said on Facebook.

The park said they dig into a turtle nest about three to five days after it begins showing "signs of a major emergence." This helps determine the nest's success, which depends on how many eggs hatch. They also look for live hatchlings who didn't make it to sea.

The two-headed loggerhead sea turtle was one of three live babies found in a nest.

Once the group snapped some photos, all three turtles were released into the ocean.

Most sea turtles hatch in the summer, though they can hatch throughout the year, according to Sea World.

It is critical for humans to not disturb the nest, which can place the baby turtles' survival at risk. When a turtle nest is disturbed, the hatchlings have a 25% or less chance of surviving, according to Sea World.