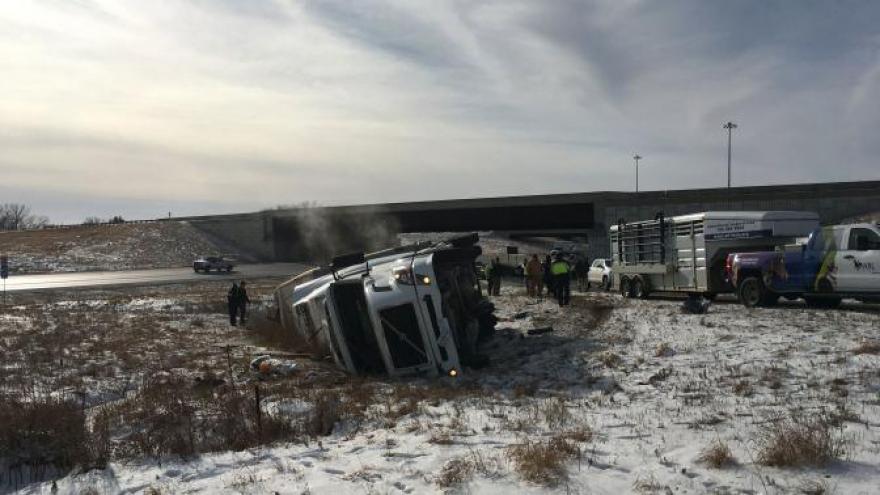 Rescuers moved hundreds of pigs from an overturned semi-truck to get them out of the cold.

(CNN) -- A truck full of piglets overturned on an Iowa interstate Thursday, slowing rush-hour traffic while authorities cleared the wreck and rounded up scurrying swine.

The semi carrying 1,738 pigs was traveling on I-35 East in Des Moines when it tipped over on an off ramp.

"He was traveling just a little too fast for that ramp," Iowa State Patrol Sgt. Alex Dinkla told CNN.

Part of the trailer broke open and allowed some of the animals to escape.

About a dozen people from the Animal Rescue League of Iowa came to help corral the loose pigs and get all of the animals taken out of the area. It took about an hour to move half the pigs into another vehicle, the group said on its Facebook page.

Some died or had to be euthanized at the scene, Dinkla said.

The accident happened about 3 p.m. and the Department of Public Safety announced that it was cleared at 6 p.m.

Drivers in the area can expect another rough ride on Friday.

A strong winter storm is sweeping across the US and is expected to bring heavy snow, sleet and freezing rain to the region.