A treasured manuscript in a college library that was believed to have been written by Galileo is a forgery, university says 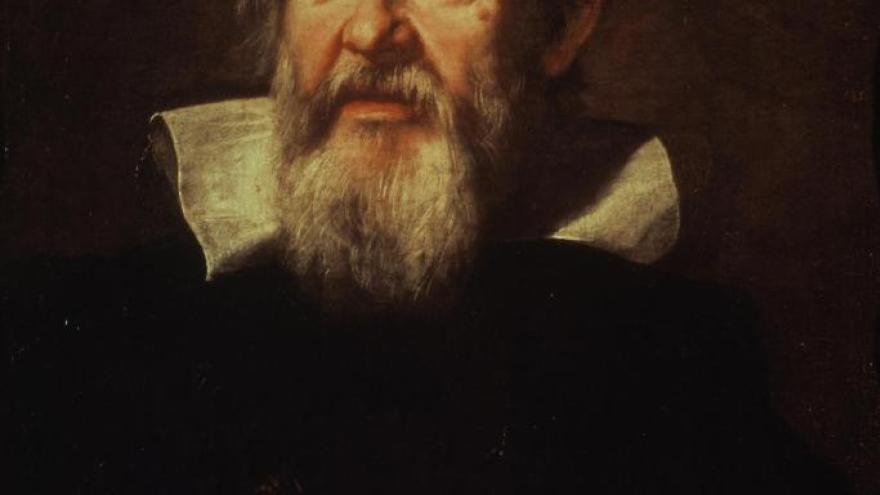 A treasured manuscript at the University of Michigan library that was believed to have been written by Galileo Galilei is a forgery, the university says.

(CNN) -- A prized manuscript in the University of Michigan library that was believed to have been written by the famed Italian astronomer Galileo Galilei is a forgery, the university said.

The 1-page document known as the "Galileo manuscript" can't be traced to any earlier than 1930 and was likely written by the notorious Italian forger Tobia Nicotra, it said in a statement.

An investigation was launched after Nick Wilding, a professor of history at Georgia State University, contacted the university's curator, Pablo Alvarez. Wilding questioned the manuscript's watermark and provenance and shared serious doubts about its authenticity.

"Wilding concluded that our Galileo manuscript is a 20th-century fake executed by the well-known forger Tobia Nicotra," the university said. "After our own experts studied his most compelling evidence -- about the paper and provenance -- and reexamined the manuscript, we agreed with his conclusion."

Among the aspects Wilding questioned was the paper itself, particularly the monograms in the paper's watermark which date the paper to no earlier than the 18th century, the university said.

Nicotra was jailed for 2 years in 1934 for forgery, including Galileo documents, the statement noted.

The university is now reconsidering the manuscript's role in its collection.

Before the forgery determination, the document was described by the university as "one of the great treasures of the University of Michigan Library."

"This was the first observational data that showed objects orbiting a body other than the Earth," the university's description of the manuscript states. "It reflects a pivotal moment in Galileo's life that helped to change our understanding of the universe."

The astronomer, who died in 1642, invented the telescope -- among many other achievements -- which enabled him to discover that Jupiter has moons. He became the foremost advocate of Copernican astronomy, which denied that the earth was the fixed center of the universe.

The University of Michigan acquired the manuscript in 1938 after it was bequeathed to the library by a Detroit businessman, Tracy McGregor, who was a collector of books and manuscripts, it said.
When McGregor obtained it, the document had been authenticated by Cardinal Pietro Maffi, who was the Archbishop of Pisa and who "compared this leaf with a Galileo autograph letter in his collection," the university said.