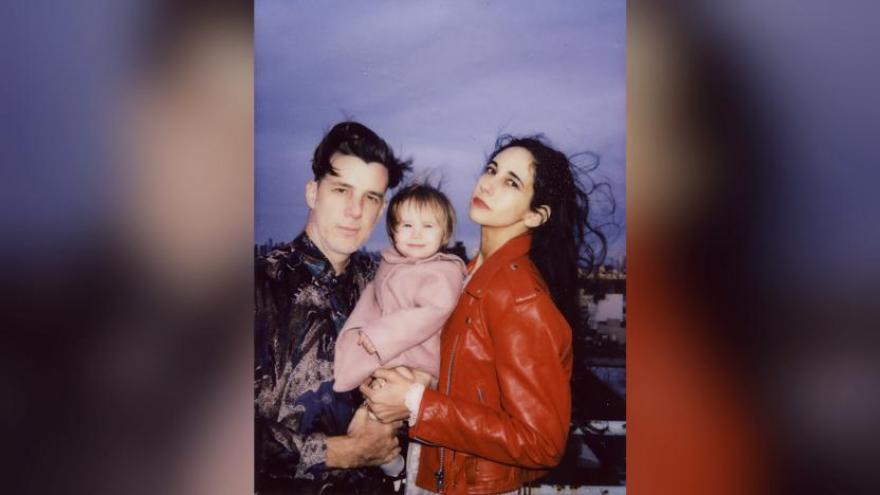 Fifteen-months-old Luca Yupanqui has them all beat: she recorded her first album before being born.

(CNN) -- So many talented musicians got their start as children: from Mozart to Michael Jackson, to Justin Bieber and Taylor Swift. Fifteen-months-old Luca Yupanqui has them all beat: she recorded her first album before being born.

"Sounds of the Unborn" will be released on April 2 by Sacred Bones Records. Luca's sounds were captured by her parents, musicians Elizabeth Hart and Iván Diaz Mathé, using biosonic MIDI technology.

"The electrodes receive electromagnetic impulses that are translated into MIDI and then hooked up to synthesizers," Hart told CNN. The MIDI devices were placed on Hart's womb over 5 sessions, each one-hour long.

According to Hart, Diaz Mathé had experimented with biosonic MIDI technology in the past to capture music from plants. "The concept of music coming from a different source was what motivated this new experimentation," Hart said.

In a release by Sacred Bones, Luca's music is defined as "the expression of life in its cosmic state -- pre-mind, pre-speculation, pre-influence, and pre-human."

"The sounds are ever-evolving, repetition and melodies are left aside to give space for free form landscapes. There is a lot happening on the low end, a network of variations that keep shifting and shaping the ambiance," Hart said in describing Luca's music.

Hart, a bassist for psych-rock band Psychic Ills, and Diaz Mathé, a collaborator of Lee "Scratch" Perry, have been making music together since they met in 2016, and together they form a band called Tierra del Fuego. This project put the two artists "in a new orbit," Hart said.

"The whole experience was very fulfilling. The rhythms and harmonies created with this technology are very different to the ones we would produce ourselves and being able to work with such material has been both challenging and very rewarding," she added.

The two mixed the album together in 2020, after Luca's birth. Luca was present for the mixing sessions, and she reacted to hearing her own music for the first time by opening her eyes wide-open and staring at her parents in a way that, according to Sacred Bones, made it clear "she had already lived" those sounds.

"She loves music, all kinds," Hart said of Luca, now a toddler. Do mom and dad hope Luca will follow in their footsteps?

"She will choose her path in life and we will support her choices every step of the way," Hart said.