A toddler died after a store display fell on top of her in an Illinois mall, police say 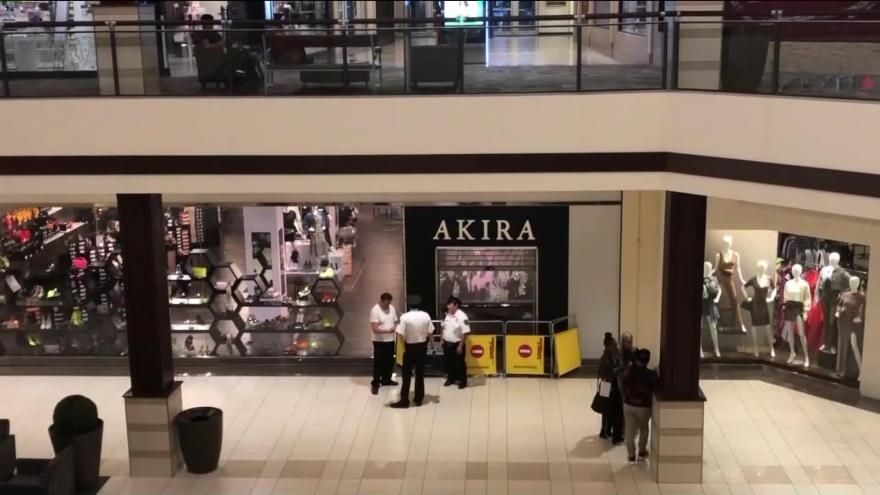 **Embargo: Chicago, Ill.** A 2-year-old girl is dead after part of a store display fell and hit her on the head in Orland Square Mall in Orland Park, Illinois, on Tuesday.

(CNN) -- A 2-year-old girl is dead after part of a store display fell and hit her on the head in Orland Square Mall in Orland Park, Illinois, on Tuesday.

Police said Alexa Martinez was with her grandmother, aunt and four other children in an Akira store. Witnesses said the child was climbing on a temporary wall in the shoe department when it came down on top of her.

A doctor and a nurse rushed to help the child and performed CPR. The toddler had begun breathing and regained a pulse by the time first responders got there, but she died from her injuries after she was transported to Advocate Christ Medical Center in Oak Lawn, according to police. "People pulled the partitions off of the child and a doctor and nurse came over right after," McCarthy said in a news conference. "Everything that could have been done was done under the circumstances."

"We're getting numerous calls about a large metal object falling on a baby at Akira in the mall," one dispatcher said in a call.

Eric Hsueh, one of the three co-owners of Akira, said in a statement to CNN affiliate WLS-TV that the company is "devastated by this tragic event. We are working to collect all the details."

The clothing portion of the store is open, but the shoe department is closed until a building inspection can be completed, police said.

The investigation is ongoing and police are waiting on the medical examiner's report for a final cause of death.