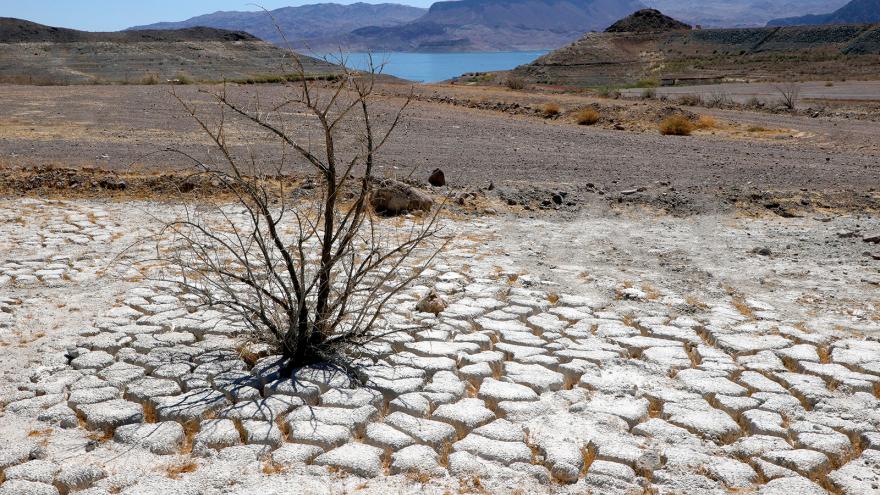 (CNN) -- Scientists are explorers of the unknown, seeking to understand the world as it exists now and millions of years ago.

It's a complicated endeavor, and this means researchers sometimes get things wrong. And that's OK. In fact, it's great. Creative andsystematic investigation is how science makes progress and we learn more about our planet Earth.

It's me, Katie Hunt, filling in for AshleyStrickland, and this week's Wonder Theory looks at some instances when the puzzle pieces of science haven't fit together the first time around.

With pointy teeth and bulging eyes, this tiny prehistoric animal trapped in a chunk of amber made a big splash when it hit the headlines last year. Paleontologists reckoned the little guywas a hummingbird-size dinosaur.

But it turns out the specimen was neither bird nor dino but a wee lizard, with its snout squashed into a beaklike shape over time.

The researchers said the skull had become deformed as the amber, made from globs of tree resin that oozed from ancient bark, hardened around it, magnifying the birdlike features. A second amber specimen that preserved scales and soft tissue showedfeatures similar to that of a lizard, but the scientists said it was unlike any lizard alive today.

In another case of scientists initially not getting it right, astronomers have finally solved a long-running celestial mystery.

Betelgeuse, a bright star in the Orion constellation, became dimmer in late 2019 and early 2020, a change visible to the naked eye that puzzled the space community.

Some thought the star was about to go supernova -- a powerful explosion at the end of its life span and a phenomenon not witnessed since the 1600s.

But new images have revealed exactly what was ailing the star.

Sharks are one of nature's most ancient creatures -- they swam through the Earth's oceans long before dinosaurs plodded around the planet. However, there were once many more of the toothy predators.

About 19 million years ago, roughly 90% of the world's open-ocean sharks died off, new research has found. That's double the number that disappeared during the mass extinction that doomed the dinosaurs 66 million years ago.

Scientists don't know exactly why this event happened, but they have some intriguing theories. Uncovering more about this die-off could help researchers better understand the repercussions of declines in today's shark populations.

Think about a stressful day at work and then imagine wearing a 300-pound spacesuit for your job -- and only a glass faceplate separating you from the endless dark void of the universe.

A powerful and much-needed upgrade to the International Space Station, which has been orbiting the Earth for more than two decades now, went awry this week. Technical delays during an almost seven-hour spacewalk left the two astronauts without enough time to install the first two of six panels ina new set of solar arrays, according to NASA.

Near the end of its intended life span,ISS and its role as the sole venue for a continuous human presence in space is coming to a close. China, which has long been excluded from the project, successfully launched three astronauts into orbit on Thursday. The three-man crew docked with Tianhe, the core module of China's fledgling space station, launched in May.

It's China's first crewed mission in nearly five years and will last for three months, making it the longest for the country's ambitious space program. The space station should be completed in 2022.

I visited Lake Mead, a huge reservoir on the Nevada-Arizona border, as a teen on a family RV trip in the mid-1990s. Swimming in the clear blue water, I remember vividly a feeling of profound depth beneath my feet. Not too long after, in 2000, was the last time Lake Mead was considered full.

It's now at its lowest level since it was filled in the 1930s. This week, the reservoir was at 36% capacity -- around 143 feet (44 meters) below "full," a deficit roughly the height of the Statue of Liberty. Experts blame climate change-fueled drought and increasing demand for water among the 25 million people who rely on Lake Mead for water.

Scientists say it may never be full again.

Here are more moments of awe and fascinating findings:

-- Caves were humanity's first art galleries, but how did early artists paint on stone in the pitch-dark? Archaeologists had some fiery fun finding out.

-- Great performers are so coordinated, they become one. This includes nature's foremost musicians: songbirds. Their brains actually link together during performances, scientists recently found.

-- Many medieval burial sites in Europe appear, on first glance, to have been plundered by grave robbers. But researchers now think something else may have been going on.

-- Meet the 'Star Trek' legend and other trailblazers who shaped NASA's future.