A Texas woman was legally declared dead while still alive 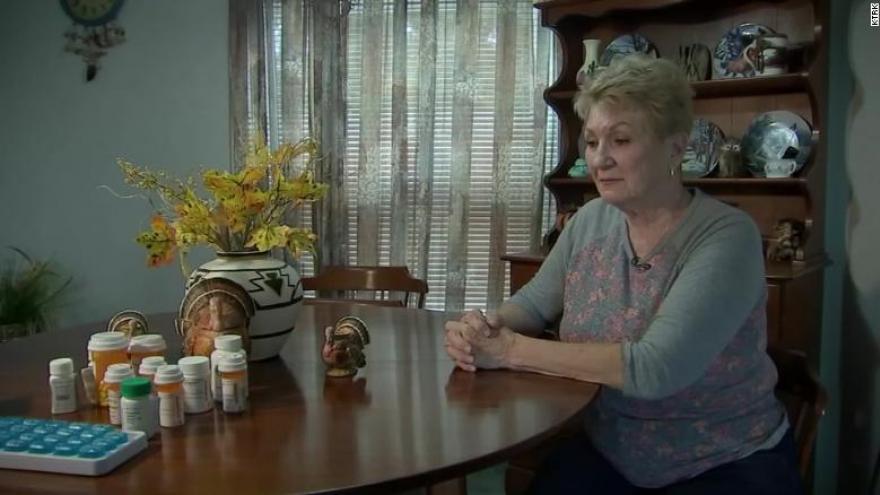 (CNN) -- Sherry Ellis found out she was dead the day after Halloween.

The 73-year-old from Magnolia, Texas, was picking up her prescription from Walgreens when her bank card was declined. She said she knew something was fishy because the card was three months old.

So she went to the bank, and after rounds of phone calls Ellis found out she had been declared dead by the Social Security Administration.

"With my bank card declined everywhere, I can't get gas, I can't get money for food, I can't do anything," she said. "I don't know how long I'd been dead before I found out."

The Office of the Inspector General said in 2016 the SSA sees fewer than 1,000 cases of mistaken death declarations a month. CNN has reached out to the SSA via email.

The OIG also said mistaken deaths can lead to mistaken benefit terminations and "cause severe financial hardship and distress" for people like Ellis. She told CNN Saturday a social security check, her Medicare and secondary insurance were put on hold. She takes 10 different medications for blood pressure, a stomach condition and heart issues that can cost up to $1,400 without insurance.

"Medicare says they can't do anything until SSA resurrects me," she said.

After getting the news of her death, Ellis traveled an hour out of her way to the nearest SSA office to rectify the problem. It became a slow process.

"The Medicare office told me it might take up to 45 days to resurrect me," she said, adding that she was in limbo for the next week. She was given a letter that basically said she was alive, but her doctor and pharmacist weren't able to take it because she was still classified as deceased in their systems.

Ellis' husband, Brian Ellis, told CNN he and his wife of 10 years live "paycheck to paycheck."

"It's been a struggle ... We don't have a lot of money, we depend on our paychecks."

Ellis says she called local news station and CNN affiliate KTRK-TV to tell her story and since then her bank card and secondary insurance were revived. She says she won't know until Monday if she's still legally dead. She told CNN she was confused as to why correcting this issue is such a hassle.

"I think in this day and time, if SSA finds out that they've made a mistake and they accidentally used someone's social security on a death certificate, if it only took the click of a key to pronounce somebody dead, why can't it take 30 minutes to make them alive?" she said. "Why can't they reverse it just as quick?"

The SSA said on their website that if someone thinks they've been incorrectly listed as deceased they should go to their local office as soon as possible and bring one piece of identification. This can be a passport, driver's license or health insurance card.