A Texas woman sues an electric company after her bill was nearly $10,000 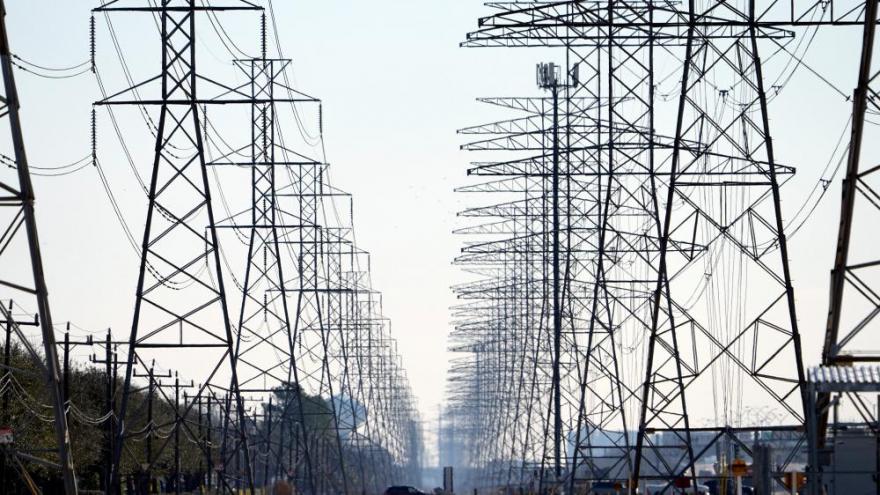 A Texas woman has filed a proposed billion-dollar class-action lawsuit against electric company Griddy Energy that alleges the company engaged in unlawful price gouging during last week's statewide winter storm and power outages, according to a statement from the law firm.

(CNN) -- A Texas woman has filed a proposed billion-dollar class-action lawsuit against electric company Griddy Energy that alleges the company engaged in unlawful price gouging during last week's statewide winter storm and power outages, according to a statement from the law firm.

Lisa Khoury, a resident of a Houston suburb, claims she was charged a total of $9,546 by Griddy from February 1 to February 19, according to a copy of her bill filed with the lawsuit.

Khoury's average monthly electricity bill before February ranged from $200 to $250, according to the suit.

The suit claims that Griddy "committed price gouging," was negligent when it "failed to shield consumers from excessive electrical bills," and that, by selling electricity at high prices in the middle of the storm, the company was "unjustly enriched."

Griddy did not immediately respond to the allegations in the lawsuit when reached by CNN, though it did send statements broadly addressing the claims of price gouging. The company flatly denied that its business model of selling electricity at wholesale prices to consumers is price gouging.

Texans have options for how they are billed for their electricity, according to the Public Utility Commission of Texas' (PUCT) website. If a customer chooses a fixed plan, their price for electricity is locked in and doesn't fluctuate with the market, as opposed to market rate plans such as those made available in this instance by Griddy.

"We charge (customers) the wholesale, real-time price of energy, which changes every 5 minutes," Griddy wrote in its statement. "You effectively pay the same price as a retail energy provider or utility."

On its corporate website, Griddy touts that customers "pay exactly the price we buy electricity at" and that their model "beats the (Texas) average 96% of the time."

In a statement last week, the company faulted the state Public Utility Commission for implementing "a non-market pricing mechanism for electricity mandating prices reaching as high as hundreds of times normal prices."

"Here is what we do know: the market is supposed to set the prices, not political appointees," the company said, adding that it was also seeking relief from regulators for its customers who were exposed to the high prices.

The lawsuit, filed Monday, seeks an injunction to prevent Griddy "from billing and collecting payments from customers charged with excessive prices" and to "fully forgive any late or non-payments."

Khoury and all other members of the proposed class, which would include all Texas residents who used Griddy and were hit with excessive charges resulting from the storm, are "seeking monetary relief of over $1 billion."