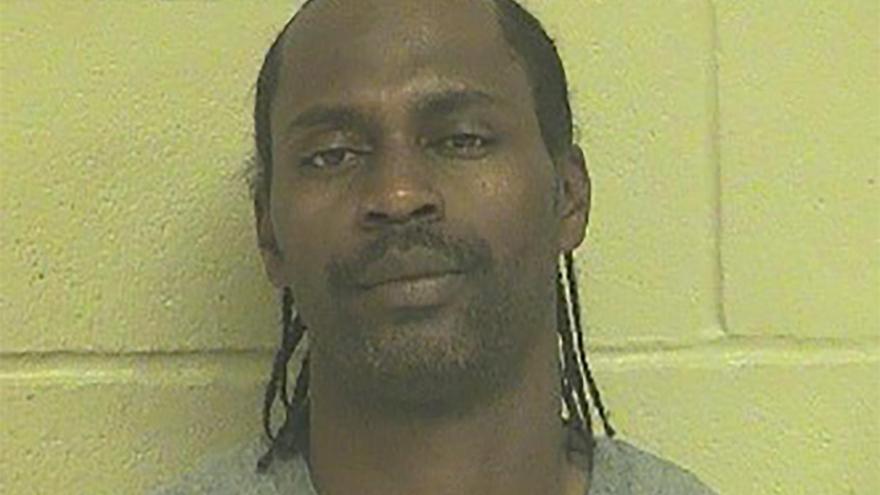 Gregory DeWayne Newson, was arrested in Shreveport, Louisiana, about a 60-mile drive to the northeast of where the shooting happened, Panola County Sheriff's Office said.

(CNN) -- A sheriff's deputy in East Texas is dead after being shot by someone he was trying to pull over early Tuesday, and a suspect was arrested later in the day in neighboring Louisiana, authorities said.

The Panola County deputy, whose name wasn't immediately released, was trying to stop the driver of a Chevrolet Tahoe SUV just before 2 a.m. (1 a.m. ET) near Gary City. The driver exited suddenly and fired a gun, the Panola County Sheriff's Office said.

The deputy returned fire, and the driver fled, the sheriff's office said.

Residents in the area heard the gunfire and found the deputy injured, and called for help. The deputy was taken to a hospital, where he died, according to the sheriff's office.

A suspect, Gregory DeWayne Newson, was arrested later in the morning in Shreveport, Louisiana, about a 60-mile drive to the northeast of where the shooting happened, the sheriff's office said.

Newson, 47, lives in Shreveport. He was awaiting extradition back to Texas, the sheriff's office said.

"We truly appreciate the assistance of the citizens who came to help the deputy and those who called in valuable information and helped authorities track down this suspect," the sheriff's office said in a news release. "Our hearts are hurting and we ask the community to keep all of our deputies and the family of our fallen officer in your thoughts and prayers.