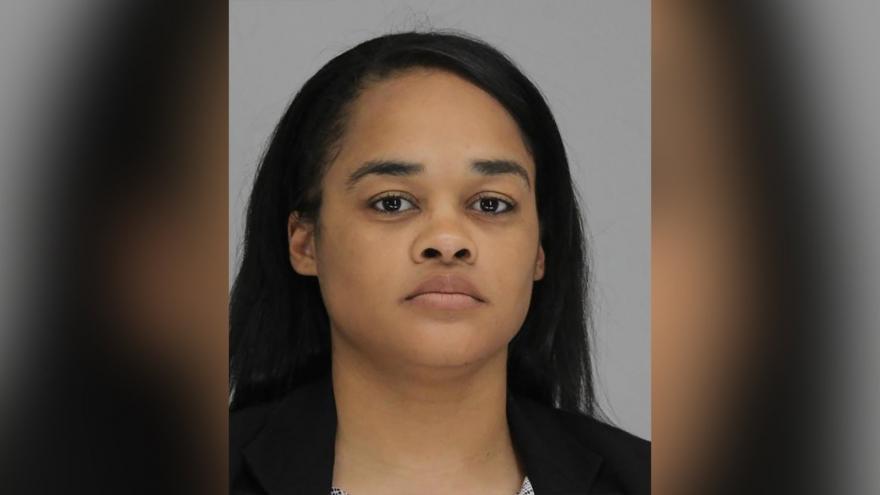 A judge sentenced Kaylene Bowen-Wright to six years in prison Friday, after she pleaded guilty to injury to a child causing serious bodily injury.

DALLAS (CNN) -- A Dallas mother made her son go through unnecessary medical procedures throughout the first years of his life, court documents say.

She was sentenced to six years in prison, according to her attorney.

Kaylene Bowen-Wright pleaded guilty to injury to a child causingserious bodily injury, the affiliate reported, after she began lying to medical professionals when her son was barely a few days old, the indictment documents say.

That incident kicked off an eight-year cycle of Bowen-Wright jumping from doctor to doctor seeking medical treatments for her son and lying to doctors about his medical history and condition.

As a result, her son had to go through new tests, exams, surgeries and procedures, as well as be hooked to feeding tubes, central lines and other ports.

"The complainant developed life threatening blood infections in the central lines, on two separate occasions, which required the complainant to be admitted to the intensive care unit," court documents say.

"While we respect the Judge's decision and take responsibility for recklessly not following through doctor recommended follow-ups, we stand by the fact (that her son) had medical problems as verified by the numerous rounds of (tests) and procedures performed by various doctors that were determined by their independent evaluation," Hyde said in a statement to CNN.

"These procedures would not have been done but for existing problems," the attorney added. "No evidence was presented she intentionally performed any acts to make him ill."

He was in hospice care at 5 years old

Bowen-Wright's son ended up in hospice care when he was 5, where she signed a "do not resuscitate" order for him, according to court documents.

He was discharged in 2015, after his mother refused to listen to doctors who recommended an eight-week stay during which he could be taken off feeding tubes, IV hydration and oxygen, and start living "a somewhat normal life."

Bowen-Wright lied and said her insurance had denied covering the stay, according to court documents.

After the son was admitted to intensive care again for a third life-threatening blood infection, he was taken off his feeding tube, court documents say, and began eating well and had a normal diet.

But when he was released, his mom did not follow doctor instructions and instead transferred the boy to another medical center, the court documents say. She refused to provide previous medical records, and doctors began more testing.

She lied about her son's medical problems

Court documents say Bowen-Wright reported her son had medical problems that were "never witnessed by medical providers" and did not listen to doctors who suggested routes which might "result in less medical intervention."

When her son was removed from her care, he was on IV and oxygen. He was taken off both and began eating a regular diet normally, instead of through a feeding tube.

"The complainant had no seizure activity, no choking or aspirating on food and showed no fatigue," court documents say. "Instead the complainant was up and playing most of the time in the hospital."

He was released to a foster home and did not have any medical problems when he was interviewed again, 12 days after being taken out of Bowen-Wright's care, court documents say.

But the child has suffered bodily injury from the blood infections and radiation he'd been exposed to, the documents say. He also has "serious mental impairment from the suspect continually teaching the complainant that he is ill" and restricting his movement from an early age by putting him in a wheelchair.