A Texas family sued to keep their baby on a ventilator. The hospital says the child is dead 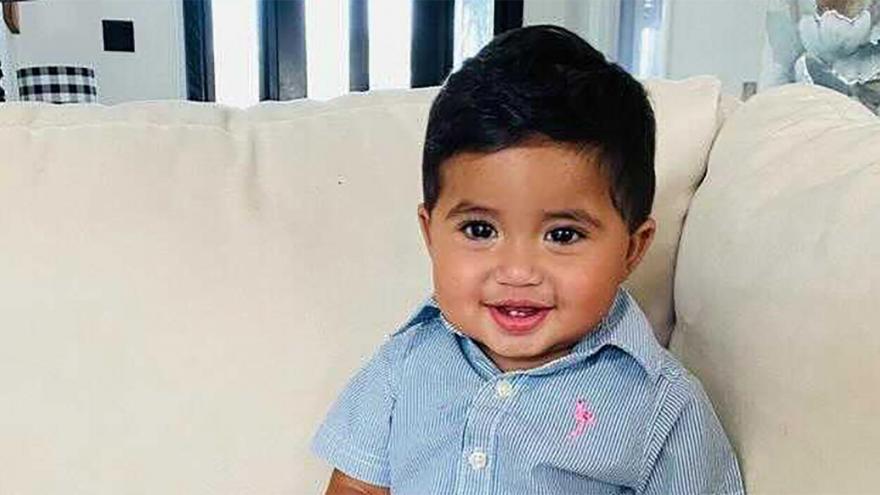 Nick Torres was placed in intensive care on September 24 after being found unconscious in a bathtub, according to court documents.

(CNN) -- A three-judge panel in Texas could soon decide whether a 10-month-old baby will remain on a ventilator in a hospital or be disconnected, the child's family attorney told CNN.

The parents sought an injunction against the hospital as well as more than $1 million. The complaint claims the hospital was "rushing to make a decision" without giving the baby an opportunity to recover and added it had only been days since the child was found unconscious in a bathtub.

A judge denied the temporary injunction but allowed the family more time to file an accelerated appeal with the 14th Court of Appeals, which serves Harris County. On Monday, that court gave all sides until Wednesday at 5 p.m. to present evidence, Acevedo told CNN.

This case is "about life and death, what we believe and who gets to choose when a child is taken off life support," family attorney Kevin Acevedo told CNN.

"Do the parents choose, or do the doctors choose? And when the doctors don't agree with the parents, who gets to decide? And those are the issues that are at the heart of this case," Acevedo said.

The hospital said in court documents it was an "indisputable medical fact" that the baby's body was "showing signs of postmortem deterioration." They also said the child had "developed progressive signs of organ failure, including cardiac failure."

According to court documents, Nick was placed in intensive care on September 24 after being found unconscious in a bathtub, "laying in water and unresponsive."

He was transferred to the Texas Children's Hospital in Houston from the local hospital where he was first taken.

The Torreses argue the child's heart is still beating on its own, giving them hope their child could survive, according to the complaint.

The hospital asked the court to deny the family's injunction, saying that evaluations both at its satellite hospital and at the TCH campus at Texas Medical Center show "complete cessation of all spontaneous brain activity" and the child is dead based on Texas law.

In its response to the family's request for an injunction to stop the disconnection of services, the hospital said it has "complied with all applicable legal standards in providing services ... in fact, has gone beyond what is required of a health care institution in this position."

"Our hearts are with the entire Torres family as they go through this unimaginable situation," the Texas hospital said in a statement to CNN on Tuesday. "We know losing a child is incredibly difficult for any family. Texas Children's seeks to provide the most compassionate and appropriate care possible to every patient we serve."

When a decision could come

Acevedo said he expects the judicial panel to come out with a decision in the days after the Wednesday deadline.

"If this hospital doesn't want to give it time then let me take my baby home and God decide not man," Ana Patricia Torres, the baby's mother, wrote in a Facebook post. "As a mother I ask you to keep praying for my baby."

Acevedo also said the family would like to take the baby home or to another facility.

"She believes that her baby can live ... if another hospital won't take the baby, she wants to take her baby home," Acevedo said.