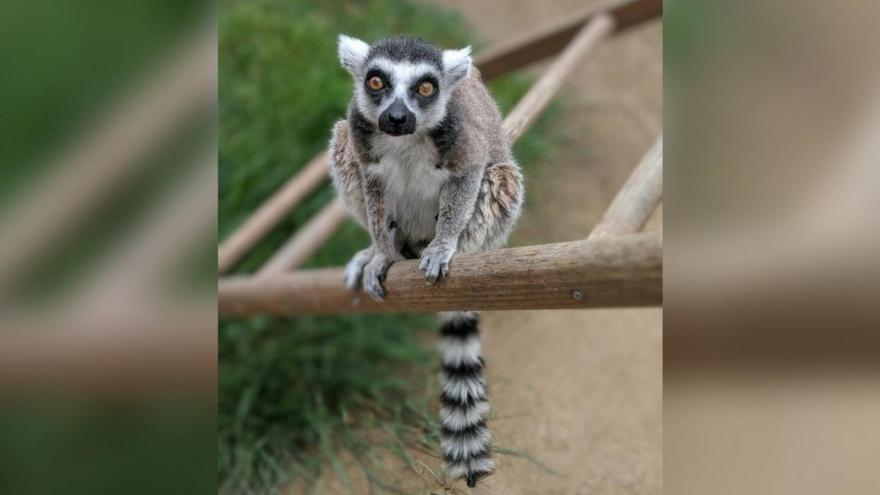 Isaac is believed to be North America's oldest ring-tailed lemur in captivity. CREDIT: US Attorney's Office for the Central District of California

(CNN) -- A California teen has pleaded guilty to sneaking into a Santa Ana Zoo at night and stealing an endangered lemur so he could keep it as a pet, federal officials said.

Aquinas Kasbar, 19, broke into the zoo last year and stole Isaac, believed to be the oldest ring-tailed lemur in captivity in North America, the Department of Justice said in a statement.

Isaac is 32 -- the life span of a lemur is about 20 to 25 years, according to federal officials. Ring-tailed lemurs are on the list of endangered primates and are under threat partly due to illegal pet trade.

In a plea agreement Monday, the teen said he broke into the Santa Ana Zoo after-hours on July 27 last year, according to court documents.

"Kasbar used bolt cutters to cut a hole in the zoo's enclosures for lemurs and capuchin monkeys, which enabled several of the animals to escape, though they were later recovered," court documents say.

He then placed Isaac in a plastic drawer that did not have ventilation holes, according to court documents. The next day, he abandoned the animal in front of a hotel in Newport Beach with a note.

"Lemur (with tracker)," the note said. "This belongs to the Santa Ana Zoo, it was taken last night please bring it to police."

Isaac was returned unharmed. The break-in cost the zoo about $8,500, according to prosecutors.

Kasbar pleaded guilty Monday to one misdemeanor count of unlawfully taking an endangered species, and will be sentenced in October. He faces one year in federal prison and a $100,000 fine.