A suspected land mine was removed from a Florida beach 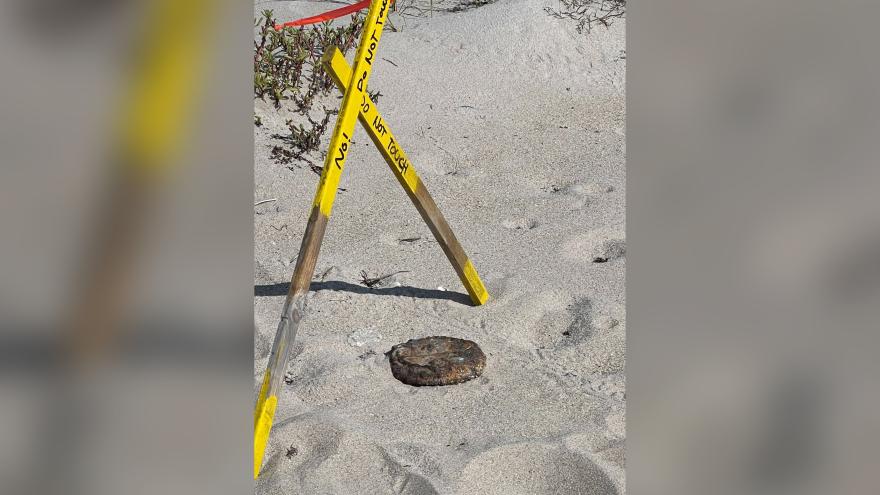 (CNN) -- A suspected land mine was removed from a Florida beach, according to police.

The old military ordnance was discovered Wednesday on an unnamed portion of beach near the 1800 block of South Highway A1A, according to a Facebook post from the Indian River County Sheriff's Office.

The sheriff's office is "pretty confident" that the ordnance was an old land mine, Debbie Carson, a media relations officer at the office, tells CNN.

Carson says that Vero Beach, the second most populous city in Indian River County, was a military training base for WWII. So finding an old military ordnance is "rather common."

Wednesday's land mine was "at least the second or third time" the sheriff's office has dealt with an ordnance in 2022, Carson said.

"We always want people to use caution around" a suspected military ordnance, Carson said. "The chances of one of them still being able to explode after all this time and being exposed to salt water is pretty minimal."

Still, beachgoers who spot a suspicious object on the beach should use caution and call the police, Carson says.

In the 1940s, Indian River County was used as a Marine Air Squadron Base and a training ground for Naval and Marine aviators, according to the Museum of Florida History.