A suspect killed five people inside a SunTrust bank branch in Florida. Just one employee escaped. 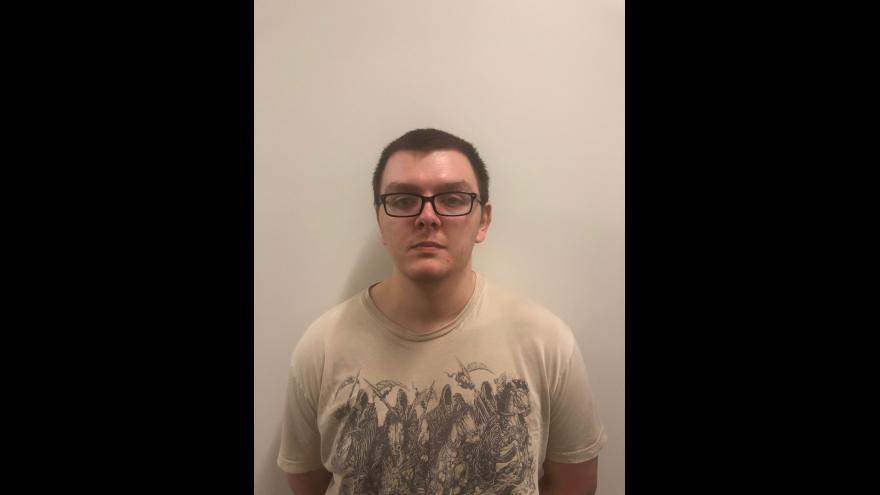 Zephen Xaver was arrested in the SunTrust Bank shooting in Sebring, Fl.

(CNN) -- When SWAT teams burst through a SunTrust bank's locked doors, they found five women lying limp on the lobby's floor. A gunman, police said, had shot them from behind.

They had wounds in their heads and backs, authorities said, and their bodies were surrounded by shell casings.

The women were killed Wednesday when a man walked inside the Sebring, Florida, bank and shot every person he encountered, police Chief Karl Hoglund said Thursday.

The chief has called what happened a "senseless crime," and the evidence thus far appears to back that up: There is no clear motive, the gunman apparently had no plans to rob the bank and he had no known connection with anyone there, officials said.

After the shooting, 21-year-old Zephen Xaver bluntly told a police dispatcher what had happened, authorities said.

"I have shot five people," Hoglund quoted him as saying.

"We believe that it was a random act," Hoglund said. "We do not believe that anybody was specifically targeted."

Victims were bank employees and customers

Ana Piñon-Williams, 38, had been working at SunTrust only for a few weeks, her brother-in-law Tim Williams told reporters on Thursday.

Piñon-Williams was "family to everyone she knew," Williams said. "Her life was truly a light in this world. She made it a better place."

She and her husband of six years had seven children between them, from ages 11 to 29, Williams said. She was originally from Mexico and lived in Okeechobee, Florida, with her family.

The other two victims, ages 31 and 54, have not been named, per relatives' wishes.

All the victims were women, but there is no evidence they were targeted, Hoglund said.

One bank employee in a back break room who heard the shots was able to run out a door and contact law enforcement, authorities said.

Xaver appeared in court Thursday morning via closed circuit camera and was charged with five counts of capital murder. Wearing a black-and-white striped jail uniform, he was ordered held without bond, the judge ruled, and was appointed a public defender because he has no income or assets.

"I have been in law enforcement all of my adult life, and this horrific incident shocks and angers me more than anything I have encountered in my career," Highlands County Sheriff Paul Blackman said Wednesday night. "While we still don't know what drove the suspect to commit this heinous act, there is no excuse that can justify the cold-blooded murder of multiple victims."

Investigators and a crime scene unit spent hours collecting evidence at Xaver's home and talking with people who know Xaver, according to CNN affiliate Bay News 9.

"This is a terrible day for Sebring, Highlands County and for the state of Florida," Gov. Ron DeSantis said.

After Xaver made his call to police, Sebring police and Highlands County sheriff's deputies responded to the scene.

Officers found the bank doors locked and the suspect barricaded inside with a 9 mm handgun and a bulletproof vest, according to the probable cause affidavit.

Initial negotiations to get the suspect to leave the bank failed, so a SWAT team breached the building at 1:54 p.m. and continued negotiating, Hoglund said.

All five victims were found lying face down on the floor of the lobby with apparent gunshot wounds to the back of their heads and upper torsos, the affidavit says.

Xaver surrendered to the SWAT team at 2:28 p.m., Hoglund said.

Besides the phrase invoking death, the front of Xaver's shirt bore an artist's rendering of four apocalyptic riders, video released by authorities shows. Images of an assault rifle and a scythe are on the back.

"He wasn't raised to be like this. He's always been a good kid. He's had his troubles," the elder Xaver said by phone, without elaborating. "But he has never hurt anyone ever before. This is a total shock."

Zephen Xaver moved to Florida about a year ago, the older man said.

"I can't comprehend it right now. I don't understand how or why or what. I just, you go to their house, you go to somebody's house and you're there, and you hang out with them, they're friends, and this happens," she said.

Xaver's mother was on a planned work trip when the shooting unfolded, Spillane said.

He had been a correctional officer trainee

Xaver was hired November 2 as a correctional officer trainee at Avon Park Correctional Institution and resigned two weeks ago, on January 9, said Patrick Manderfield, a spokesman for the Florida Department of Corrections.

Xaver withdrew in December as an online student at Stevens-Henager College in Utah, a spokeswoman said.

He was a student at Bremen High School in northern Indiana for a short stint during the 2012-2013 school year and returned for a brief period in the 2013-2014 year, district Superintendent Jim White said. White said he did not have a photo to share "as he was never in attendance during the school picture day windows."

SunTrust Chairman and CEO Bill Rogers said bank officials "are deeply saddened by the tragic shooting" at the branch.

"We are working with officials and dedicating ourselves to fully addressing the needs of all the individuals and families involved. Our entire team mourns this terrible loss," Rogers said in the statement.

Sebring is in the south-central part of the state, with a population of just more than 10,000 at the time of the 2010 US Census.