A surfer is injured in a shark attack in Oregon 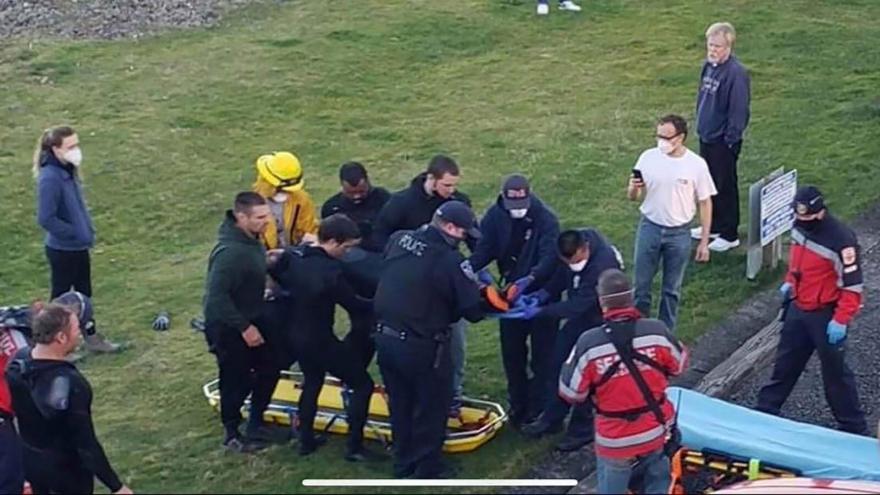 (CNN) -- An unlucky surfer had a rare encounter with a shark along the Oregon coast.

The surfer -- identified only as an adult male -- was riding the waves at Seaside Cove on Sunday when a shark set upon him, biting him in the leg and leaving puncture marks in his surfboard.

Luckily, the injuries were non life-threatening and a group of fellow surfers were able to carry him to safety.

An off-duty lifeguard was also nearby and applied a field tourniquet to the surfer's leg to help stop some of the bleeding.

"The incident serves as a valuable reminder to never recreate alone, in or out of the water," Seaside Fire and Rescue wrote in a news release. "The fast response of fellow surfers was instrumental in providing aid to the victim."

The surfer was taken to a local hospital.

It's not the first shark attack to happen this year

This year appears to be on track with those numbers. Less than two weeks ago, a 35-year old woman swimming 100 yards off shore in Hawaii was bitten by a shark. That was one of three confirmed 2020 cases in the state of Hawaii alone. And earlier last month, an Australian man was killed after being attacked by a shark at a popular Western Australian beach.

Your chances of being bitten by a shark are one in several million.