A stray dog kept stealing a stuffed unicorn from a Dollar General, so animal control bought it for him 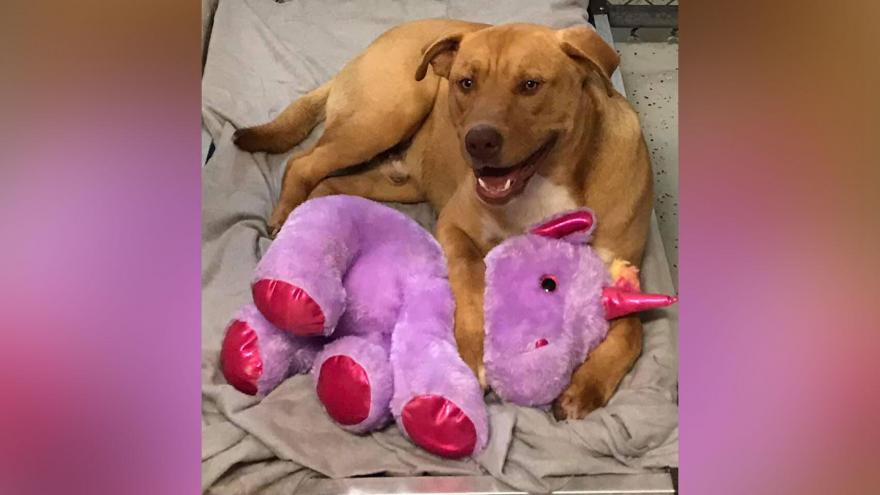 Sisu kept trying to steal the same unicorn from a Dollar General in North Carolina.

(CNN) -- The cutest thief was rewarded after he continued to steal a purple unicorn from a Dollar General.

The business in Kenansville, North Carolina, called animal control on Sisu, a large male stray dog, because of his repeated thievery. He had come to the store five times to steal the same stuffed unicorn.

However, instead of being left empty-handed, the Duplin County Animal Control officer who went to pick him up ended up buying the toy for Sisu instead.

The department posted pictures on social media Monday of him cuddling his coveted treasure at the county animal shelter, and his story quickly went viral.

"This is what happens when you break into the dollar general consistently to steal the purple unicorn that you laid claim to but then get animal control called to lock you up for your B & E and larceny but the officer purchases your item for you and brings it in with you," the Facebook post says.

Due to becoming a famous criminal, Sisu and his unicorn, were quickly adopted one day later, according to animal services.