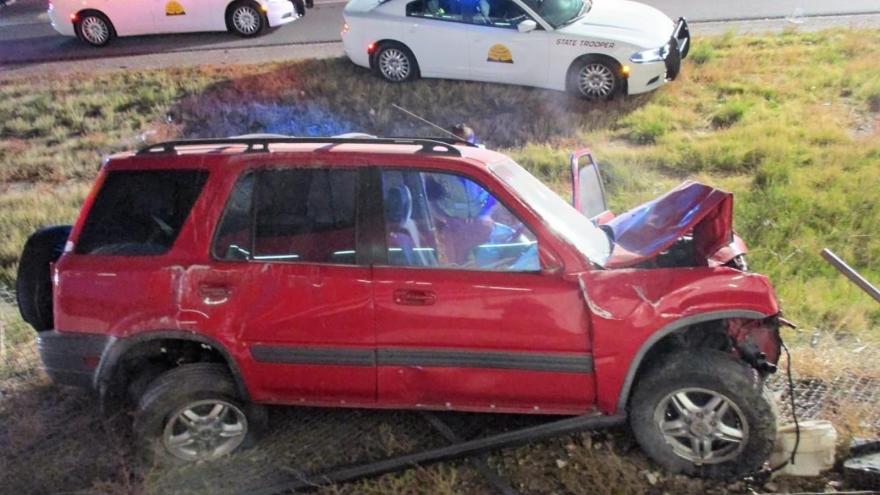 The Utah Highway Patrol released images of how the car looked after it was struck.

(CNN) -- With only seconds to go before a train barreled through, a Utah state trooper pulled an unconscious driver from his car after it got stuck on the tracks.

The driver of the car, a man in his 20s, was unconscious, and a medical issue contributed to him driving off the nearby highway and onto the tracks, said Street.

Correa left the traffic stop and began to drive down the freeway using his spotlight to search for the vehicle, Street told CNN.

He ended up arriving in the nick of time. It took 35 seconds from when Correa got out of his patrol car to when the train hit the stranded vehicle, said Street.

The trooper and driver were still on the embankment when the train came through.

The Utah Highway Patrol called Correa's actions "incredible and heroic," but Correa said none of that was on his mind.

"At that point, I actually wasn't really thinking," Correa said. "I was just doing my job."

After being rescued, the driver was checked out by medical personnel and his parents were able to come pick him up.

"He is doing well," Street said.