A security guard was shot after telling a customer to wear a face mask, officials say. His widow calls the killing 'senseless and stupid' 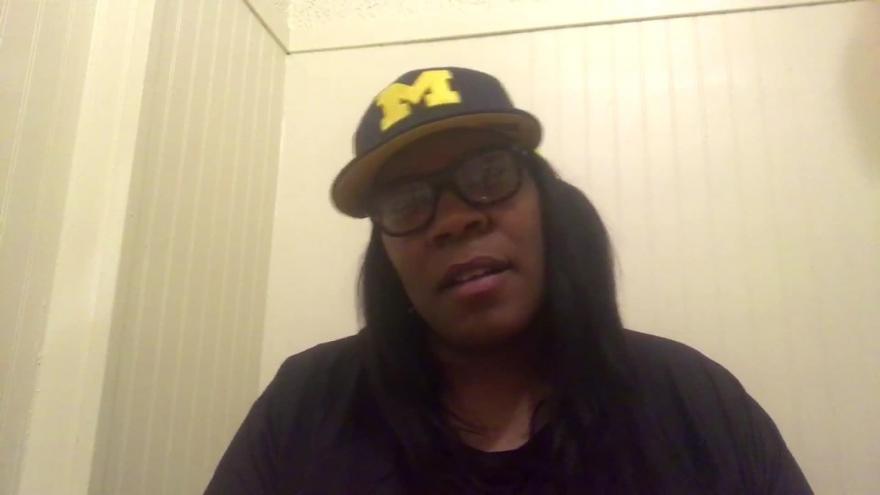 Latryna Munerlyn, wife of security guard Calvin Munerlyn who was killed while enforcing a coronavirus mask rule at a Michigan store.

(CNN) -- Calvin Munerlyn, the security guard who was shot and killed in Michigan last week, was "loved everywhere," his widow told CNN.

The 43-year-old guard was shot in the head after telling a customer at a Family Dollar store to wear a face mask -- which the state has mandated for all retail employees and customers, police say. He died at a Flint hospital.

Ramonyea Travon Bishop, 23, Larry Edward Teague, 44, and Sharmel Lashe Teague, 45, have been charged with first-degree premeditated murder, along with other charges, the Genesee County Prosecutor's Office said in a statement on Monday.

"That was senseless and stupid. And now my babies (are) without a father for the rest of their life," Latryna Munerlyn said.

The family had eight children, she said.

"My children are very, very strong," she said. "They are strong, and I say that man instilled something in them that can't nobody take away. My babies are super strong. They have been trying to cope with this and my baby boy said, 'As long as he's with God he's OK.'"

In a statement, Genesee County Prosecutor David Leyton said Munerlyn was "simply doing his job" to uphold the governor's orders.

"My king always acted honorably," Munerlyn's widow said, "whether he was at that job, a club job, restaurant job, he was an honorable man. Period. They can't take that from him."

"He was always an honorable guy."

She says even though her husband is now gone, his legacy will "live on and they can't that away."