A security guard biked more than 3 miles to return a woman's lost wallet. Now, his community is raising money to buy him a car 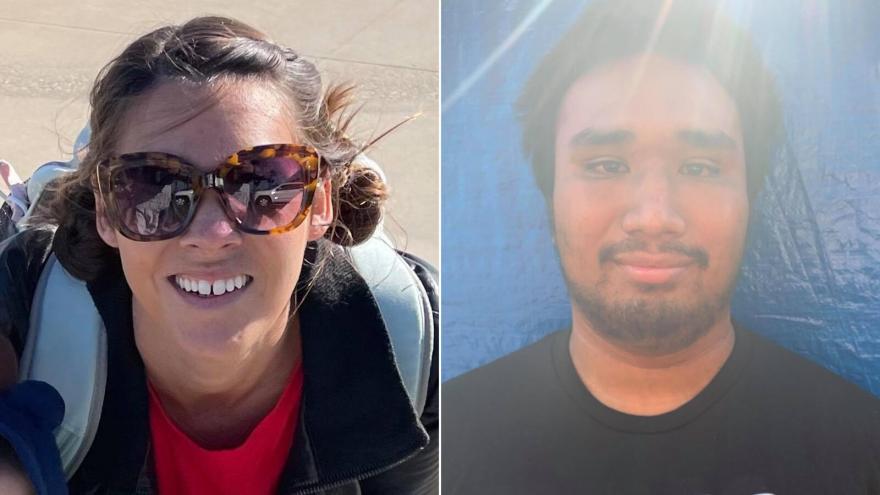 Chloe Marino (left) had her wallet returned to her by Aina Townsend (right), a grocery store security guard who biked three miles to deliver it to her door.

(CNN) -- One couple in Hawaii got an unexpected delivery earlier this month after a security guard from a local grocery store turned up at their front door.

Chloe Marino said she was in a hurry at a Foodland grocery store in Kahului, Hawaii, with her 5-month-old son Cooper, when she lost her wallet.

But luckily, one of the store's security guards, Aina Townsend, spotted the wallet in a shopping cart. So after his shift ended, he pedaled on a bike 3 miles -- about an hour uphill -- to Marino's address to return the wallet.

"You know, I lost a wallet before too and it's the worst thing in the world," Townsend, 22, told CNN. "I was just doing what I felt was the right thing to do."

Marino and her husband, Gray, told CNN that they were overwhelmed that Townsend would put in so much effort to help a stranger.

"I was shocked at first," said Chloe. "I didn't even realize I had lost it. He definitely went out of his way for a complete stranger which was so amazing."

Gray was so inspired by the kind act he shared the story to Facebook, calling the good deed an "Aloha moment," known in Hawaii as a moment that shows love, according to Marino.

"He literally rode his bicycle to return her wallet," Gray wrote in a post on his Facebook page on December 14. "Completely full of everything important to her including cash. Nothing was so much as moved."

Several people in the community praised Townsend for his selflessness, including Greg Gaudet, one of Gray's friends.

Gaudet then organized a GoFundMe mobilizing the community to raise funds to give Townsend the ultimate Christmas gift: a car.

"There were a few times in my life where people did a few things that made a really big impact," Gaudet told CNN.

"He deserves it you know," Gaudet said of Townsend. "He's been working hard for a long time. He's a good guy. He deserves a break."

When Towsend learned of the fundraiser, he said he was amazed. He's been commuting on his bike for the past five years. Having a car would be like winning the Super Bowl, he said.

"It means a lot," said Townsend "It's not only about having better transportation. I can do more stuff for my family now. That's the bigger part of the picture."

Townsend said he thanks the Marino family for their kindness, although he still believes he did not do much. He said he only did what he believed was right.