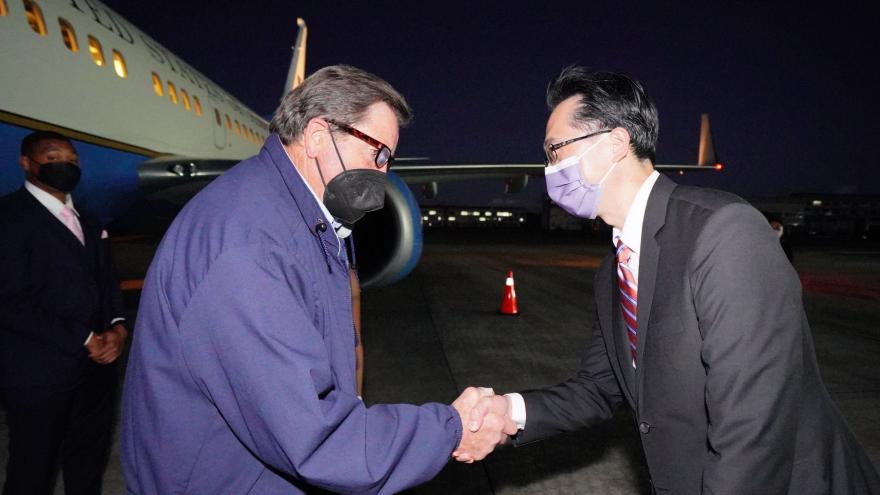 House Speaker Nancy Pelosi drew the ire of China when she became the first US speaker to visit in 25 years at a time when Washington-Beijing relations have been especially tense.

The new five-member delegation is visiting the self-governing island in an effort to "reaffirm the United States' support for Taiwan" and "will encourage stability and peace across the Taiwan Strait," a spokesperson for Markey said in a statement.

The group led by Markey will meet with Taiwan's President Tsai Ing-wen and Foreign Minister Joseph Wu during the visit, and will also hold discussions with the Taiwanese parliament's Foreign Affairs and National Defense committee on security and trade issues, Taiwan's Ministry of Foreign Affairs said.

The foreign ministry added that it sincerely welcomed the delegation, and thanked them for demonstrating the US' strong support toward Taiwan despite escalating tensions with Beijing.

The senator's spokesperson said the delegation "will meet with elected leaders and members of the private sector to discuss shared interests including reducing tensions in the Taiwan Strait and expanding economic cooperation, including investments in semiconductors."

China has not yet commented on the congressional visit.

China's ruling Chinese Communist Party views Taiwan as part of its territory, despite having never controlled it, and has long vowed to "reunify" the island with the Chinese mainland, by force if necessary. Ahead of Pelosi's visit, Beijing had repeatedly warned of dire consequences should the trip go ahead -- even going as far as to warn US President Joe Biden that those who played with fire would "perish" by it.

During her trip to Taiwan, Pelosi, a California Democrat, said the visit intended to make it "unequivocally clear" that the US would "not abandon" the democratically governed island.

China responded to the speaker's trip by launching military exercises, which China's Ministry of Defense said began with drills in both the seas and airspace surrounding Taiwan. In addition to the drills, Beijing has canceled future phone calls between Chinese and US defense leaders, suspended bilateral climate talks and sanctioned Pelosi and her immediate family.

The White House has summoned China's ambassador to condemn the military activities and to stress the US' wish to avoid a crisis in the region. The White House has said there is no change to the US' "One China" policy and that Washington recognizes the People's Republic of China as the sole legitimate government of China.

The US maintains close unofficial ties with Taiwan, and is bound by law to provide Taiwan with defensive arms. But it remains deliberately vague on whether it would defend Taiwan in the event of a Chinese invasion, a policy known as "strategic ambiguity."