A second HIV patient may have been 'cured' of infection without stem cell treatment, in extremely rare case 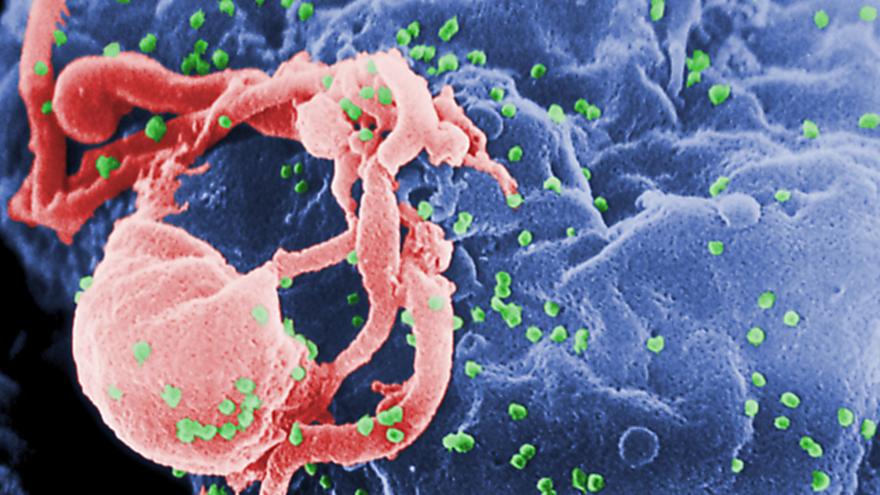 (CNN) -- Researchers say they have found a second patient whose body seemingly had rid itself of the human immunodeficiency virus (HIV) that causes AIDS -- supporting hope that it may be possible someday to find a way to cure more people of the virus.

The patient has received no regular treatment for her infection but is a rare "elite controller" of the virus who, eight years after she was first diagnosed, shows no signs of active infection and shows no signs of intact virus in her body, researchers reported Monday. This has only been reported once before.

The international team of scientists reported in the Annals of Internal Medicine that the patient, originally from the city of Esperanza, Argentina, showed no evidence of intact HIV in large numbers of her cells, suggesting that she may have naturally achieved what they describe as a "sterilizing cure" of HIV infection.

"A sterilizing cure for HIV has previously only been observed in two patients who received a highly toxic bone marrow transplant. Our study shows that such a cure can also be reached during natural infection -- in the absence of bone marrow transplants (or any type of treatment at all)," Dr. Xu Yu, of the Ragon Institute of Massachusetts General Hospital, MIT and Harvard, who was an author of the study, wrote in an email to CNN on Monday.

"Examples of such a cure that develops naturally suggest that current efforts to find a cure for HIV infection are not elusive, and that the prospects of getting to an 'AIDS-free generation' may ultimately be successful," Yu wrote.

Yu, Dr. Natalia Laufer in Argentina, and their colleagues analyzed blood samples collected from the 30-year-old HIV patient between 2017 and 2020. She had a baby in March 2020, allowing scientists to collect placental tissue, as well.

The patient was first diagnosed with HIV in March 2013. She started no antiretroviral treatment until 2019, when she became pregnant and began treatment with the drugs tenofovir, emtricitabine, and raltegravir for six months during her second and third trimesters, the researchers noted. After delivering a healthy HIV-negative baby, she stopped the therapy.

An analysis of billions of cells in her blood and tissue samples showed that she had been infected with HIV before but, during the analysis, the researchers found no intact virus that was capable of replicating. All they could find were seven defective proviruses -- a form of a virus that is integrated into the genetic material of a host cell as part of the replication cycle.

The researchers are not sure how the patient's body was able to apparently rid itself of intact, replication-competent virus but, "we think it's a combination of different immune mechanisms -- cytotoxic T cells are likely involved, innate immune mechanism may also have contributed," Yu wrote in her email.

About 38 million people are living with HIV infection around the world. When untreated, an infection can lead to acquired immunodeficiency syndrome or AIDS. Last year, around 690,000 people died from AIDS-related illnesses worldwide.