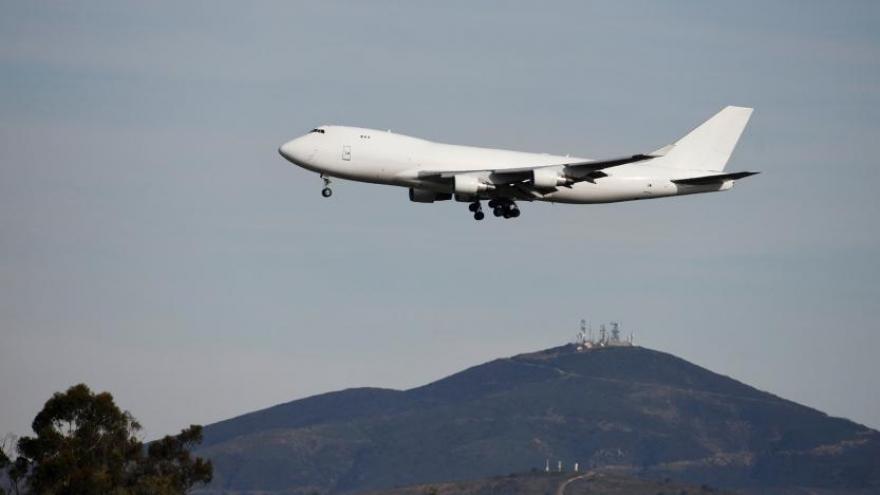 A new case of the novel coronavirus has been confirmed among evacuees at a San Diego County, California air base, the Centers for Disease Control and Prevention said Wednesday.

(CNN) -- A new case of the novel coronavirus has been confirmed among US evacuees at a San Diego County, California air base, the Centers for Disease Control and Prevention said Wednesday.

The patient is among a group that was under a federal quarantine order after returning on a State Department-chartered flight that arrived at Marine Corps Air Station Miramar on February 7, the CDC said.

"The first and second patients arrived on different planes and were housed in separate facilities; there are no epidemiologic links between them," the CDC said in a news release.

The two patients are being cared for at UC San Diego Health, hospital officials said.

"At this time there is no indication of person-to-person spread of this virus at the quarantine facility," said Dr. Chris Braden, who leads the CDC on-site team.

Braden said the CDC will investigate and work to detect and contain any cases of infection.

Errors by a hospital in San Diego and the CDC led to the first patient being sent back to base instead of isolation at the hospital, according to a health official familiar with the situation.

The hospital sent their specimens to a CDC lab in Atlanta for testing. According to the source, three of the four specimens were incorrectly labeled upon arrival and so they were not tested. The CDC lab did not realize the specimens were from the Miramar patients.

When no results were reported back, CDC staffers mistakenly gave UC San Diego Health the results of other patients who tested negative. That mistake led to the Miramar patients being transferred back to the base Sunday afternoon.

After they arrived back at the base, the mistake was discovered and the tests were run on the three Miramar patients.

The results for the woman came back positive, and she was transported back to UC San Diego Health on Monday morning, where she was in isolation. The woman has had a very mild illness, according to the source, with no fever and a slight cough. The other three patients tested negative.

The newest case is the 14th confirmed case of the novel coronavirus in the United States and the eighth case in California.

The global number of confirmed coronavirus cases has now exceeded 60,015 with the vast majority of cases in mainland China.

The World Health Organization and the United States have declared the outbreak a public health emergency, but US officials have urged residents not to panic.