A seasonal UPS employee confessed to stealing more than $1,000 worth of packages 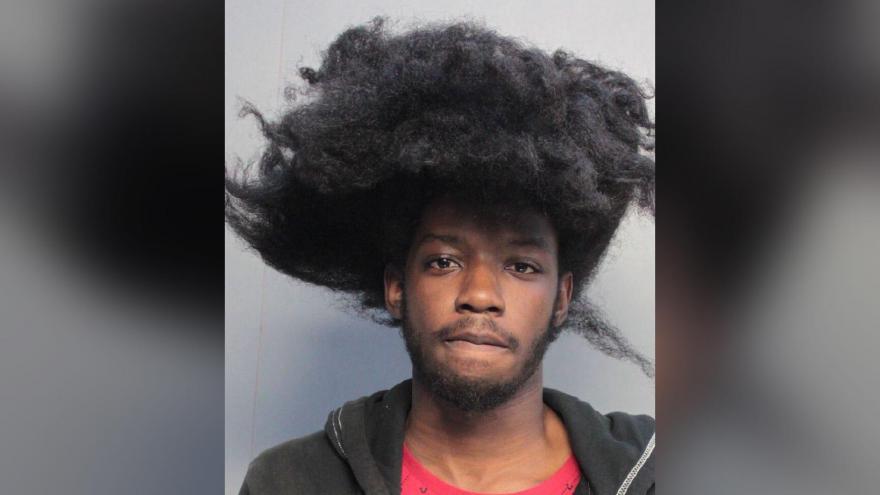 Emmanuel Lamont Reggin Jr. has confessed to stealing packages containing electronics. He has been charged with third-degree theft, which is a felony.

(CNN) -- A seasonal worker for UPS has been arrested following accusations of package theft.

Emmanuel Lamont Reggin Jr. has been charged with third-degree theft, which is a felony.

According to the Miami-Dade Police Department, Reggin was hired as a seasonal worker to help a full-time driver unload packages. On Monday, Reggin helped unload approximately 5,500 packages at a company in Northeast Miami-Dade, the police said.

While the other UPS employee was not looking, Reggin grabbed several boxes and hid them by a dumpster, police said. Inside the boxes were two Amazon Kindles, an Apple iPad 7 and a Microsoft Surface Pro.

The merchandise was valued at about $1,800, according to the police.

Later in the evening, police said that Reggin returned to the dumpster and picked up the packages.

On December 3, Reggin was helping unload 2,500 packages at a separate location, where he took several packages and hid them by a dumpster, the police said. In the packages were an HP laptop and two Sony PS4 consoles, and police said that the merchandise totaled about $1,050.

The manager at the business found the packages under the dumpster, and after reviewing surveillance footage, contacted UPS investigator Jose Ortiz. Ortiz then met with the business owner and Miami-Dade police.

Reggin returned to the business to pick up the packages, but when he saw police, he fled the scene. He was stopped several blocks away and taken into custody, according to police.

The two Kindles were recovered from the trunk of Reggin's vehicle, and police say he confessed to the crimes. The Apple iPad 7 and Microsoft Surface Pro were later recovered from Reggin's residence.