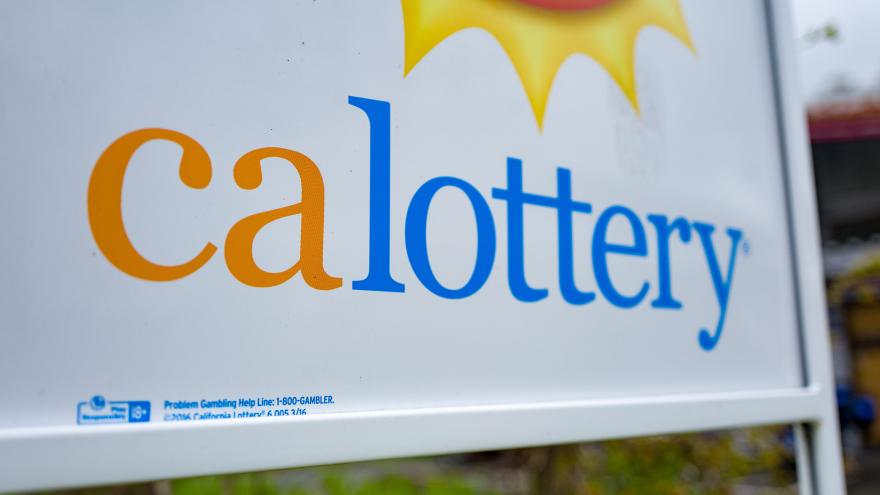 (CNN) -- A California woman became an instant millionaire thanks to "some rude person."

LaQuedra Edwards put $40 into a California Lottery vending machine at Vons Supermarket in Tarzana, Los Angeles County, and was about to select her favorite scratch-off tickets when someone bumped into her, causing her to accidentally push a wrong number.

"He just bumped into me, didn't say a thing and just walked out the door," Edwards told California State Lottery officials.

Out popped a $30 200X Scratcher's ticket, instead of her usual, less expensive ones. Edwards said she was irritated to have spent most of her money on a ticket she didn't even want.

But that feeling soon turned to joy. Once back in her car, she scratched the unwanted ticket, which revealed she had won the $10 million top prize.

"I didn't really believe it at first, but I got on the 405 freeway and kept looking down at (the ticket), and I almost crashed my car," Edwards said. "I pulled over, looked at it again and again, scanned it with my (California Lottery mobile) app, and I just kept thinking this can't be right."

The wild series of events occurred in November 2021, but California Lottery shared the story this month in a statement.

"I'm still in shock" Edwards said. "All I remember saying once I found out how much I just won was, 'I'm rich!'"

Edwards plans to use the prize money to buy a house and start a non-profit organization.