A rider was ejected from a Gatlinburg, Tennessee, roller coaster and flung onto the tracks 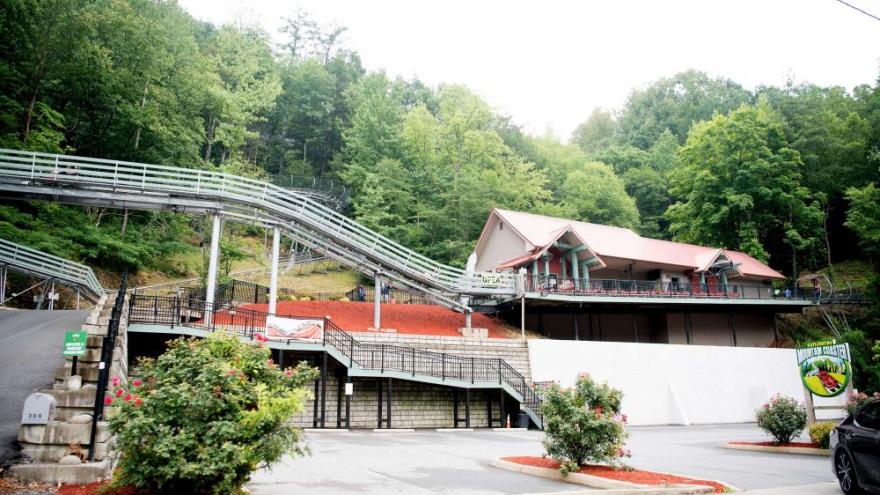 A rider was injured after being flung from the Gatlinburg Mountain Coaster on March 30 in Gatlinburg, Tennessee.

(CNN) -- A rider suffered head, wrist and ankle injuries on Monday after being ejected from a roller coaster in Gatlinburg, Tennessee.

The person, who has not been identified, was flung about 10 feet out of the cart and landed on the track, according to an accident report filed by Gatlinburg Mountain Coaster. The rider was taken to the hospital.

The cart was going through a curve when the passenger was ejected, said the report filed with the Tennessee Department of Labor & Workplace Development.

Gatlinburg is a popular tourist destination in the Great Smoky Mountains, about an hour southeast of Knoxville, Tennessee.

A letter from the department's Amusement Devices Unit shows that the ride was given permission to reopen on Tuesday after a third-party inspector determined that the coaster met "applicable industry standards."
CNN was not able to reach Gatlinburg Mountain Coaster for additional comment.

The coaster winds through the trees and around curves and can reach speeds of up to 35 mph, according to its website. It can take up to seven minutes to race down the mountain and riders in single or two-person carts can control their own speed.

In 2016, a woman was reportedly injured after being ejected from the ride. The ride owner said the cart she was riding in was going too fast and she wasn't properly restrained, CNN affiliate WVLT reported after the incident.

The ride was closed for several days for inspections and to fix any safety issues required by the state, WVLT reported.

A 2019 survey of 436 fixed site amusement in the United States and Canada by the the International Association of Amusement Parks and Attractions reported 1,299 injuries — or 3.7 injuries per million park attendees.