A reporter went on air wearing a suit coat and no pants, not realizing everyone could see his legs 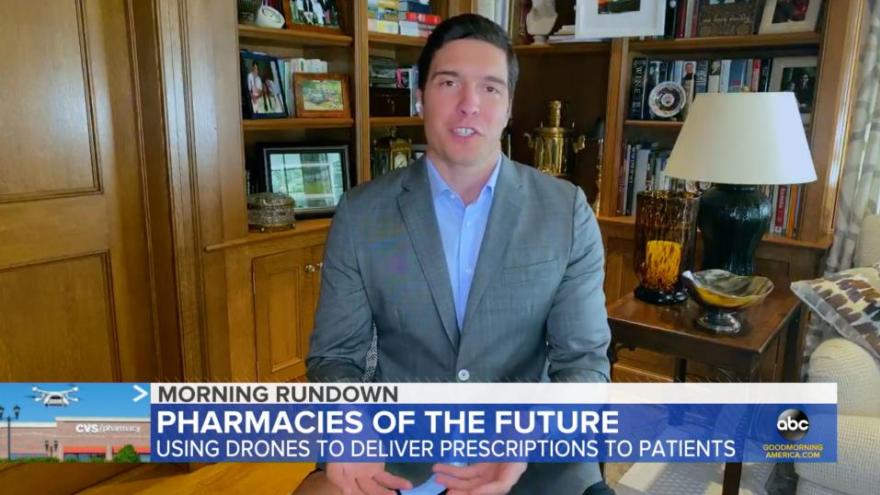 Will Reeve appears on "Good Morning America" wearing no pants.

(CNN) -- Most of us have lost count of the days we've been in quarantine, working at home in pajamas and forgetting when we last went outdoors.

ABC News reporter Will Reeve might relate, except he seems to have forgotten something slightly more important: pants.

Reeve appeared Tuesday on "Good Morning America" for a segment about pharmacies using drones to deliver prescriptions to patients.

But at one point, Reeve, who acts as his own cameraman as he broadcasts from home, was positioned so it was quite clear he was dressed in a suit jacket -- but no pants. Viewers quickly took to Twitter to call him out.

"I have ARRIVED," Reeve tweeted back. "In the most hilariously mortifying way possible."

In response to a tweet asking him to put on some pants, Reeve assured everyone he'd been wearing shorts.

The reporter also joked that he won't be getting hired as a camera operator "any time soon."