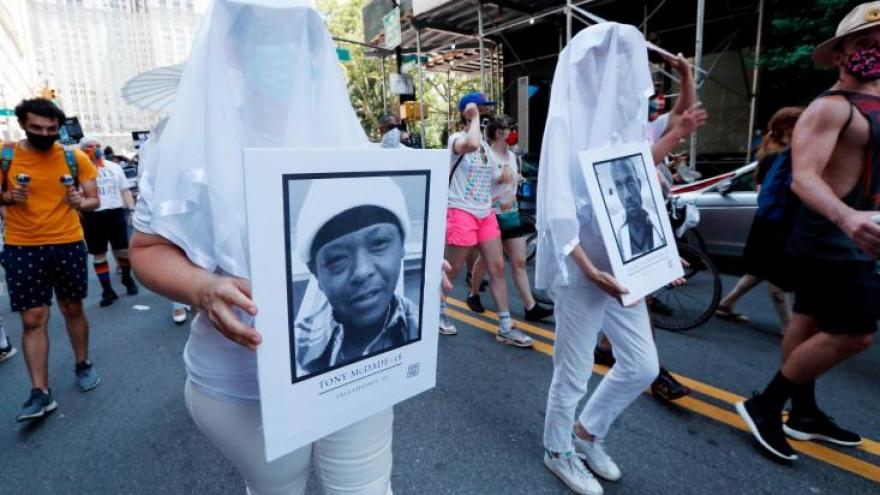 The deaths of Black transgender people were acknowledged during the summer protests over racial injustice and police brutality.

(CNN) -- More transgender and gender nonconforming people have been killed in the US in 2020 than any year since the Human Rights Campaign (HRC) first began tracking these numbers in 2013.

As of Friday, a least 37 trans and gender nonconforming people have been killed this year in what the HRC called "an epidemic of violence."

This year's death toll tops 2017, which had 31 recorded victims.

"This grim milestone proves what we have long known: this violence is an epidemic," HRC wrote in its annual report. "Each one of the lives we lost was someone ripped from their family, their friends and their community by an act of senseless violence, often driven by bigotry and transphobia and inflamed by the rhetoric of those who oppose our progress."

Over the past seven years, there have been 202 reported cases of fatal violence against transgender and gender nonconforming victims -- and Black transgender woman make up 66% of these deaths, according to HRC's report.

This year's report acknowledged the racial disparities in these killings. Of the 37 victims, the majority were Black, Latinx or both, according to HRC. The list includes Tony McDade, a Black transgender man who was shot by a Tallahassee police officer in May, two days after the death of George Floyd.

Other victims include Queasha D Hardy, a hairstylist from Baton Rouge, Louisiana, who was shot and killed in July, and Michelle Michellyn Ramos Vargas, who was shot multiple times and found dead in San Germán, Puerto Rico, in September.

HRC's report comes just three days after the FBI released its hate crime report for 2019. There were 7,103 hate crimes reported to the FBI in 2019 and of these, a combined 19.6% were based on sexual orientation or gender identity.