A record 4.5 million Americans quit their jobs in March 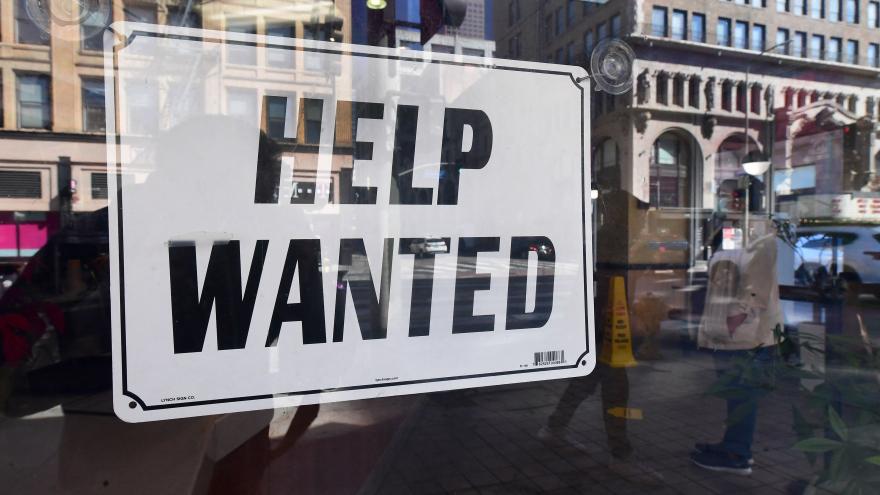 (CNN) -- The US labor market remained on fire in March with a record 4.5 million workers quitting their jobs, new data from the Bureau of Labor Statistics showed Tuesday.

The number of quits increased most significantly in the professional and business services sector, as well as construction. The overall quits rate moved up to 3%, a level not seen since December 2021.

"As employers require workers to return to offices, quits are ticking upwards. A major reason for quitting is to find a remote opportunity," wrote ZipRecruiter chief economist Julia Pollak on Twitter.

The number of available jobs also rose, climbing to 11.5 million, the highest level since the data series began in December 2000, the Job Openings and Labor Turnover Survey showed.

The job openings rate inched back up to 7.1% from 7% in the prior two months. That means there were 1.9 job openings for every unemployed worker in March. Federal Reserve Chairman Jerome Powell has frequently pointed to the "unhealthy" tightness of the labor market, which is contributing to the high inflation. The central bank is set to announce monetary policy changes on Wednesday as it aims to cool the economy just enough to get inflation under control, but not so much as to bring the expansion to a halt. This could also shake up the labor market.

For now,American businesses are still having a hard time finding and retaining staff. The manufacturing sector in particularis still struggling with the labor shortage, data from the Institute of Supply Management showed Monday, after a key survey reported higher quits rates.

"Workers continue to quit and get hired at fast rates in today's economy. This 'churn' is a positive sign of a strengthening labor market where workers can quit, search, and obtain new opportunities," said Elise Gould, senior economist at the Economic Policy Institute.

In spite of the record number of quits, hiring outpaced them in every sector, Gould added.

The message is clear: America's labor market continues to barrel toward its pre-pandemic strength.

Economists and investors have more employment data to watch this week as the government's official jobs tally for April is due Friday morning.

Economists polled by Refinitiv predict US employers added another 400,000 jobs last month. Even though that would be the smallest number since April last year, it would add to the tremendous job gains seen in the recovery and leave the nation just over a million jobs short of the February 2020 level.