A quarter of US nursing homes report at least one coronavirus infection, first official tally shows 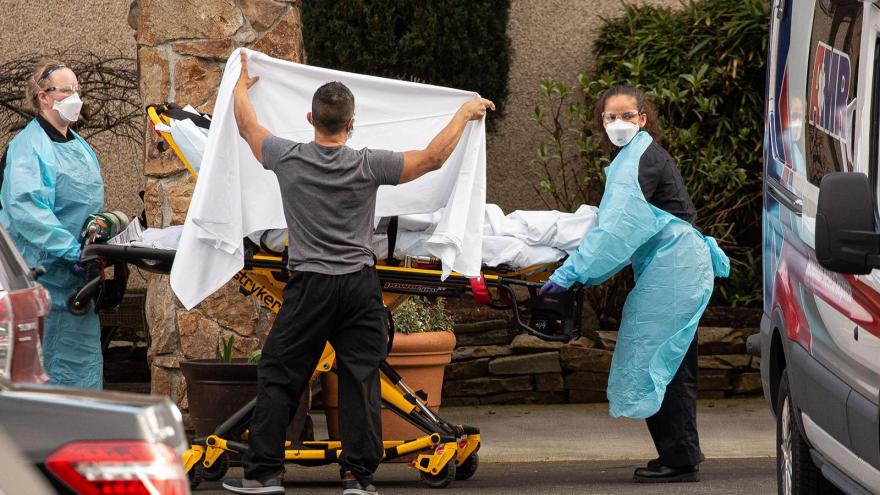 One quarter of nursing homes had at least one case, and one in five had at least one death, according to the federal Centers for Medicare and Medicaid Services. The cases were more prevalent in poorly rated facilities, which typically have weaker infection controls and fewer staffers per resident.

The report marks the first nationwide government tally showing the impact of the pandemic on nursing homes, which have been hit especially hard by the outbreak since the elderly are particularly vulnerable to the virus. Deaths in these facilities account for at least 25% of the total in the US.

More than 60,000 nursing home residents have tested positive for the virus.

The data, however, is not a complete picture, said Seema Verma, the agency's administrator. It covers only about 80% of nursing homes, and it doesn't include assisted living facilities. Also, CMS did not issue the requirement that nursing homes provide this information to the federal government until May 1, though Verma said that most facilities likely reported cases and deaths before that date, as well.

The District of Columbia had the highest rate, with 206 cases per 1,000 nursing home residents, followed by Massachusetts and Arizona. On the other hand, Hawaii reported no cases, while Vermont and Montana had fewer than one case per 1,000 facility residents.

More data will be available on the agency's Nursing Home Compare website starting on Thursday, including information about specific facilities. Families have complained that many homes have resisted sharing how many residents and staffers have tested positive and have died.

The numbers of cases, which will be updated weekly, will likely increase.

"We hope this public reporting system will help identify areas that are most in need of resources to fight the battle against Covid-19," said Mark Parkinson, CEO of the American Health Care Association and National Center for Assisted Living. "We hope state and federal public health officials can use the data to help nursing homes by sending urgently needed resources."

The agency also announced new guidelines and enforcement actions to bring low-performing nursing homes into compliance. States will be required to conduct focused infection control surveys of their facilities by the end of July or submit a corrective action plan. If states still fail to do so, their federal coronavirus relief funding earmarked for surveys for 2021 may be reduced.

CMS is providing $80 million to states in funding to perform those reviews, the agency said. A little more than half of facilities have been surveyed as of May 24.

The tally comes two weeks after the agency recommended that nursing homes test all residents and staff for the coronavirus -- and then continue to test employees weekly -- as part of its plan to relax restrictions at the facilities. Industry groups immediately said that they cannot afford such a requirement and called for additional government assistance.

States can use some of the $11 billion in federal funding allocated for testing to support nursing homes, Verma said.

CMS in March advised nursing homes to close their doors to visitors and volunteers, with few exceptions, as the pandemic began to spread in the US.

This story has been updated with additional context.