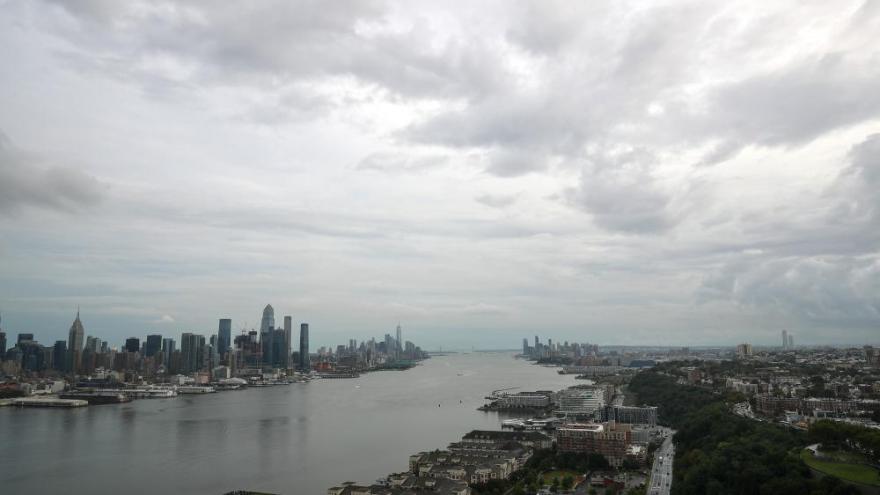 New York City and the Hudson River are seen from New Jersey on September 10, 2020.

(CNN) -- A military flyover set for Friday afternoon, which was met with criticism from New York politicians for its timing on the anniversary of 9/11, was canceled.

The flyover was scheduled to occur at 3:30 p.m. ET Friday over the Hudson River, according to a tweet from New York City Emergency Management sent Thursday. The department, which typically provides public information about flyovers in advance, announced the cancellation Friday.

After the flyover was initially announced, users took to Twitter suggesting the event would have been a visual and potentially traumatic reminder on the anniversary of the 9/11 attacks, during which hijacked low-flying commercial aircraft crashed into the World Trade Center's twin towers on September 11, 2001.

The U.S. Navy confirmed the flyover and its cancellation to CNN, but it said the flyover "was unrelated to any 9-11 memorial commemorations."

"The flight had been previously approved in accordance with all Federal Aviation Administration rules and regulations," the Navy Office of Information told CNN in an email.

Outrage over the timing

Prior to the flyover being canceled, Twitter users took to the social media platform to express their outrage at a decision to hold a flyover of a city on the day it was commemorating the deadliest terror attack ever to occur on US soil, and one that came at the hands of terrorist-hijacked aircraft.

"Are you out of your mind? Cancel this immediately," tweeted U.S. Rep. Max Rose from New York's 11th congressional district.

"Why would they do this to us on 9/11?" Eliza Orlins, a New York City candidate for district attorney, wrote in all caps on Twitter. "Why? This is horrifying."

Mark Levine, a New York City councilman, asked on Twitter whether "someone in the Pentagon (is) deliberately trying to trigger PTSD in NYC."

When the event was canceled, Levine simply tweeted, "good."

"The mayor wasn't aware of the flyover, and frankly it's inappropriate," a spokesperson for de Blasio told CNN.