A plane passenger filmed a man repeatedly pushing her reclined seat with his fist; who's wrong here? 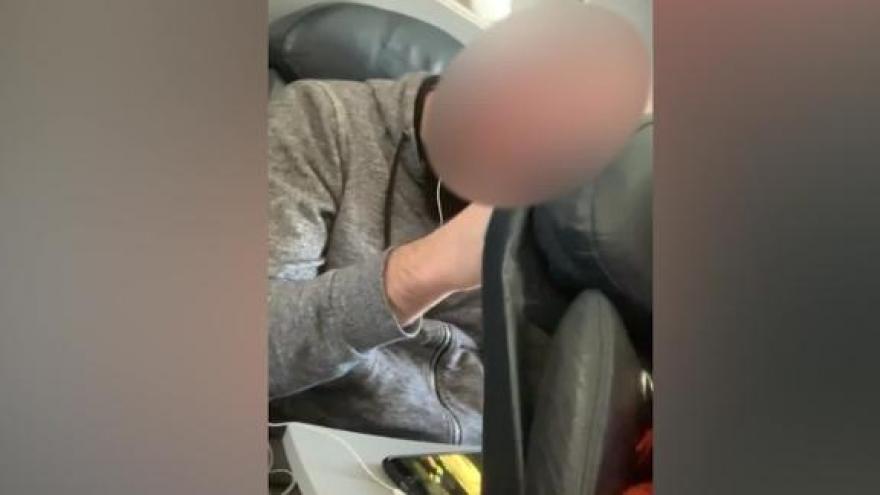 (CNN) -- The flight was supposed to last less than two hours, quick and painless. Instead, it turned into what one passenger described as a painful assault -- and a lightning rod for what constitutes proper airline etiquette.

Wendi Williams, who describes herself as a teacher in Virginia Beach, tweeted about the experience on an American Airlines flight in January.

In footage she shared on Twitter, which has been shared widely and viewed hundreds of thousands of times online, the man seated behind her repeatedly pushed the back of her seat with his fist. She says before she started filming, he was actually forcefully punching her seat.

Why? Because she reclined it.

The man's actions -- and Williams' decision to recline the seat into a row with no ability to do the same -- has sparked a heated conversation about etiquette at 30,000 feet.

Williams was flying from a teacher's convention in New Orleans to a connection in Charlotte, North Carolina, she wrote on Twitter. The footage appears to show she was seated in the second-to-last row in the cabin.

That's when she reclined her chair.

At some point in the flight, the man seated behind her asked Williams "with an attitude" to return her seat to the upright position so he could eat from the tray table, she said.

So she did -- but when he was done eating, she said, she reclined her seat once again.

That's when he started "hammering away," she said. "He was angry that I reclined my seat and punched it about 9 times - HARD," she wrote.

So, Williams started recording him.

In the video, the man, who hasn't been identified, looks down at his phone on the tray table and continues to push her seat so it rocks. He appears to be seated against a wall and can't recline his own seat.

Williams later characterized the incident as an assault.

"I have 1 cervical disk left that isn't fused," she wrote on Twitter. "It's scary bc [sic] it's this the kind of injury that could do it in."

Williams did not respond to CNN's multiple requests for comment.

She accused the flight attendant of ignoring her pleas

The woman didn't share details from her January 31 flight until this month. She tried to handle it with the airline through direct messaging but wasn't content to settle things quietly, she explained on Twitter.

"I'm in pain," she tweeted. "I've lost time at work, had to visit a doctor, got X-rays, and have has [sic] horrible headaches for a week."

She said she alerted a flight attendant as soon as the punching started. But the woman "rolled her eyes" at Williams and offered the man she accused of hitting her seat some complimentary rum, she wrote in a tweet.

"She gave me a passenger disturbance notice & threatened to have me escorted off the plane!" she tweeted. "My crime was reclining my seat."

After airing her grievances with American Airlines, she said the airline told her to contact the FBI to investigate her claims. She didn't pursue the agency's help.

In a statement to CNN, American Airlines said it was aware of the "customer dispute."

"The safety and comfort of our customers and team members is our top priority, and our team is looking into the issue."

On Twitter, Williams has repeatedly called on the airline to release the identity of the man seated behind her.

To recline or not to recline? It's divisive

Airline passengers are entitled to "fly rights," outlined by the US Department of Transportation, when they buy a plane ticket. Those ensure airlines will do things like provide passengers with water when delayed on the tarmac or, if overbooked, ask passengers for volunteers before others are bumped off involuntarily.

But comfort and personal space are not among those rights.

Air travel dos and don'ts are wildly divisive and regularly broken -- do the same laws we adhere to on land apply in the sky? Everything from who has ownership over the armrest (etiquette experts told CNN in 2014 the passenger in the middle seat gets both) to which animals qualify as "emotional support" creatures (a new federal proposal would ban ESAs like peacocks, potbelly pigs and iguanas from flights) have ignited fierce debate.

Still, there's an expectation that when you fly, you'll respect other passengers and make the best of your cramped surroundings. Punching the back of a passenger's seat is impolite, according to many of the people who responded on Williams' Twitter feed. But was Williams in the wrong, too, for encroaching on the man's already limited personal space?

"Reclining is a way of asserting that your travel needs, and only yours, matter," she wrote. "People are fine with doing it, but no one likes it when it happens to them."

Several of them told CNN in December that reclining is rude, particularly for passengers seated in economy class who already have restricted leg room. One reader said that because of her body type, if the passenger in front of her reclines their seat, she loses the ability to use the tray table to work while flying.

Even airlines are taking sides.

In April 2019, Delta retrofitted many of its jets to reduce how far the coach and first-class seats could recline. A spokeswoman told CNN it was part of the airline's "continued efforts to make the in-flight experience more enjoyable."

"It's all about protecting customers' personal space and minimizing disruptions to multitasking in-flight," the spokesperson said at the time.

Delta's CEO weighed in, too. In a Friday appearance on CNBC, Ed Bastian said while he doesn't recline his seat in the sky, people should have the right to -- as long as they ask permission.

"If you're going to recline into somebody, you ask if it's OK first," Bastian said. "I never recline, because I don't think it's something as CEO I should be doing, and I never say anything if someone reclines into me."