A plane crashed into a home in suburban New Jersey 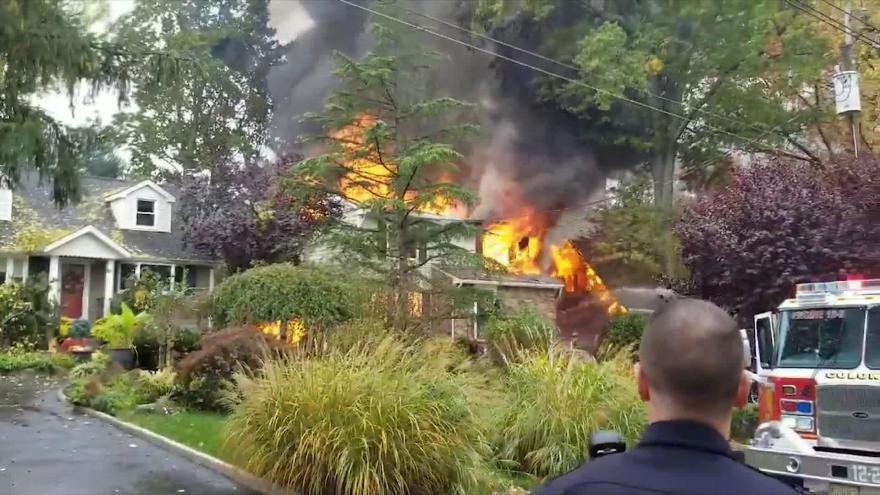 The NTSB is investigating a plane crash that caused a house fire in New Jersey.

(CNN) -- A Cessna 414 airplane crashed into a suburban home in New Jersey on Tuesday, killing the pilot and sparking a house fire, authorities said.

The Federal Aviation Administration and the National Transportation Safety Board are investigating the crash, which happened at 11 a.m. in Colonia in Middlesex County.

Video posted to Facebook by Michael Yonone shows firefighters trying to put out a blaze at one house in the residential area.

John Hagerty, spokesman for Woodbridge Township Police, confirmed that the pilot died in the crash.

"There were no passengers in the aircraft and no one on the ground was injured," he said.